"Well done DRDO, extremely proud of your work. I would also like to wish the PM a very happy World Theatre Day," tweeted Rahul Gandhi. 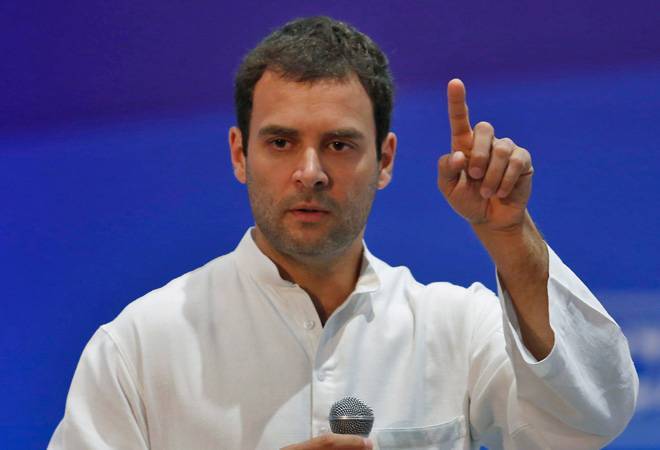 "Well done DRDO, extremely proud of your work. I would also like to wish the PM a very happy World Theatre Day," tweeted Rahul Gandhi.

His statement came after the Prime Minister,  in his address to the nation, said that India had successfully shot down a low-earth-orbit (LEO) satellite 300 kilometres from the planet. After successfully completing the operation, India has become an elite space power.

"Till now, 3 countries of the world- America, Russia, & China had this achievement. India is the 4th country to have achieved this feat," said PM Modi.

Calling it "Mission Shakti", the PM said it is an important step towards securing India's safety, economic growth and technological advancement.

The Congress party claimed that the anti-satellite system mission was started by the United Progressive Alliance (UPA) under the leadership of then Prime Minister Manmohan Singh. It congratulated the DRDO scientists, government and ISRO for the success.

We congratulate @isro@DRDO_India & the Govt on the latest achievement for India. The Indian Space Programme established in 1962 by Pt. Jawaharlal Nehru & the Indian Space Research Organisation set up under Smt. Indira Gandhi has always made India proud through its achievements.

"The UPA government had initiated the ASAT programme which has reached fruition today. I congratulate our space scientists and the visionary leadership of Dr Manmohan Singh," tweeted Ahmed Patel, senior Congress leader.

Soon after the PM's announcement, the reactions started pouring in from across the political spectrum.

"We have mastered anti-satellite capability and we have today shown that we can hit satellites at long ranges with a few centimetres accuracy," said DRDO Chairman G Satheesh Reddy.

Former DRDO Chief and NITI Aayog member Dr VK Saraswat said, "If today you want to have the deterrence capability in case adversaries, that means nation across the world, want to militarise the space, India has the technological capability to match them."