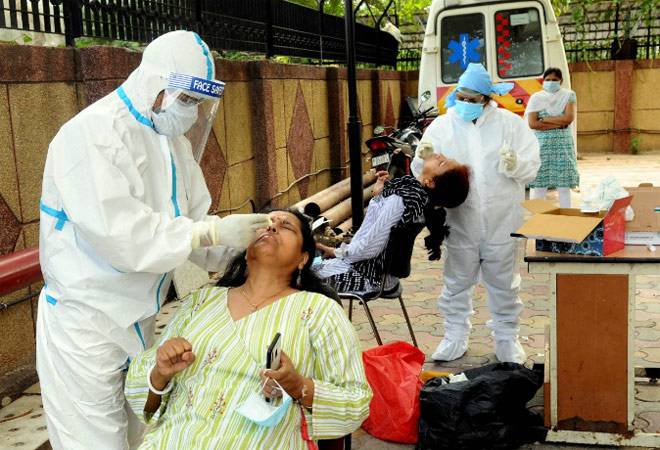 India's recovery rate has increased to more than 83 per cent

Considering the speed of disease spread and careless public behaviour, India may overtake the USA within the next 38 days to become the largest COVID-19 infected country in the world, warn experts.

Meanwhile, the government today said India's recovery rate has increased to more than 83 per cent, as recovered cases exceed the active cases (9,47,576 ) by more than 41.5 lakh (41,53,831). The recovered cases are 5.38 times the active cases ensuring that the recoveries are consistently rising. The active caseload of the country presently is merely 15.42 per cent of the total positive cases and is consistently declining. India had 84,877 recoveries in the last 24 hours, while the number of new confirmed cases stands at 70,589.

The total number of recoveries has touched 51,01,397 and 73 per cent of the new recovered cases are being reported from ten states - Maharashtra, Karnataka Andhra Pradesh, Tamil Nadu, Uttar Pradesh, Delhi, Odisha, Kerala, West Bengal and Madhya Pradesh. Maharashtra is topping the list with nearly 20,000 recoveries while Karnataka and Andhra Pradesh both contribute more than 7,000 to the single day recoveries.