Indian economy showed signs of recovery in the last quarter of 2019. The momentum could be hurt by high retail inflation 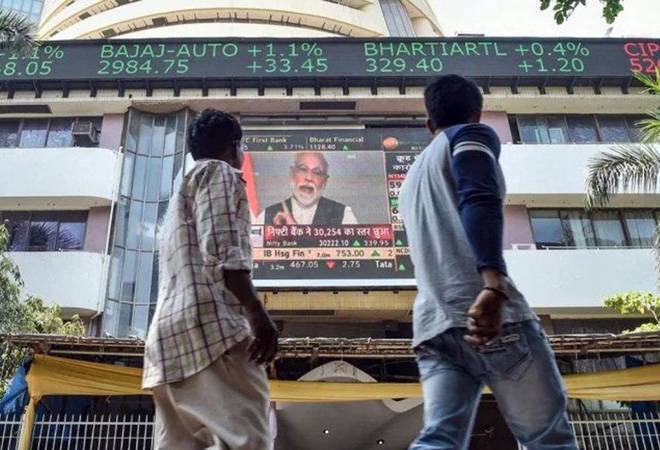 Outside the stock exchange

Indian economic growth likely accelerated a touch in the October-December period after its weakest expansion in over six years in the previous quarter, a Reuters poll showed, with a small rebound in rural demand and private consumption expected.

Annual gross domestic product growth likely rose to 4.7 percent in the last quarter of 2019 from 4.5% the previous quarter, when the growth rate appears to have bottomed out, a Feb. 18-24 Reuters poll found. About 90% of economists in the poll forecast growth for the October-December quarter at 5% or below.

"A modest recovery in the agriculture sector, coupled with a normalisation in weather conditions amid elevated government spending likely pushed growth higher," noted economists at Barclays in their latest weekly report. However, the momentum could be hurt by high retail inflation, which rose to 7.59% in January, potentially constraining consumption and demand.

"Overall the economy is way below potential. Even the lead indicators don't seem to be entering a more sustainable phase of economic recovery right now, or at least in the near future," said Sakshi Gupta, senior India economist at HDFC Bank. Policymakers at the Reserve Bank of India are considering more interest rate cuts to prop up economic growth as soon as inflation moderates to its mandated medium-term target of 4%, minutes from their meeting showed this month.

The National Statistics Office has cut its growth projection for the fiscal year 2019-20 to 5.0% from 6.1% previously. "In terms of a sequential momentum for growth, the situation doesn't look too optimistic. We are looking at a very slow and gradual recovery by the end of the year but not in the near-term," added Gupta.

However, all 42 economists in a wider Reuters poll last month expected growth to pick up in the next six months. While a government budget earlier this month focused more on tax cuts and farm spending to revive sluggish growth, some economists said that was not enough, placing the burden on monetary policy to do most of the heavy lifting.

"Even if the RBI cuts, it will be only once and we think the unconventional monetary policy tools that they are resorting to are going to be something that we will see more of because those are the only means primarily left," said Rini Sen, India economist at ANZ.

"The RBI is trying to be supportive and given that they remain quite accommodative, we expect more of such measures which could improve transmission of rate cuts."