Kejriwal said that every year 2,50,000 students pass Class 12 boards from schools in Delhi but only 1,25,000 of them manage to get admission in Delhi colleges 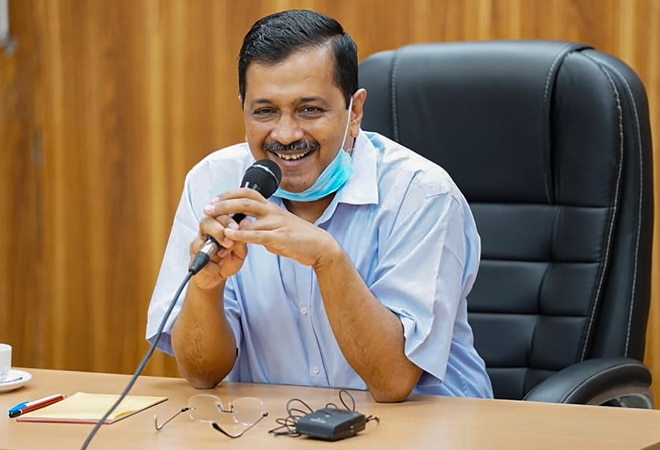 Delhi Chief Minister Arvind Kejriwal asked the Centre on Friday to do away with certain provisions in the Delhi University Act that are obstacles to opening new colleges. He wrote to Union Education Minister Ramesh Pokhriyal that his government is ready to start new colleges if the legal provisions are eased.

This request is also in line with the AAP's 2019 Lok Sabha election campaign promise that it would start new colleges and universities in Delhi. He also said that they would offer reservations to Delhi residents.

"Students are facing a tough time getting enrolled in colleges because of high cut-off marks. With cut-offs touching 100%, what will happen to students who secure 70%, 80%, 85%, 90%? The problem is that the number of seats in colleges and universities in Delhi has failed to keep pace with the increase in the number of applicants," said Kejriwal at a press briefing on Friday.

"Where will those with lower percentages go? It's not their fault. It's a fault on our part, including all the governments in Delhi and the central government," he said.

Kejriwal said that every year 2,50,000 students pass Class 12 boards from schools in Delhi but only 1,25,000 of them manage to get admission in Delhi colleges. "What will happen to the remaining 125,000? Currently, Delhi University has 91 affiliated colleges, Indraprastha University has 127, there are nine universities under the state government and then there is Jawaharlal Nehru University. We need to start more colleges and universities in Delhi. The Delhi government is ready. But there is a legal issue we confronted," he said.

The CM pointed out Section 5(2) of the Delhi University Act that says that any new college in Delhi has to be affiliated to Delhi University. Kejriwal pointed out that no new college has been started in Delhi in 30 years. "In 1998, an amendment was introduced in the Act and IP University was accommodated for professional courses. But that has reached a saturation point too," said Kejriwal.

He said new colleges would benefit students and hence he has written to Pokhriyal. "It will benefit students. Students are immensely stressed because of the high cut-off that has reached 100 per cent."

Earlier this week, Delhi University announced its first cut-off list for undergraduate admission with Lady Shri Ram College listing a cut off of 100 per cent for three Honours courses.

For the first time, RBI to carry out open market operations in state bonds