Coronavirus lockdown: ITC that sells biscuits under the Sunfeast brand said that their sales have been unprecedented. Hemant Malik, divisional chief executive, foods division at ITC saw unprecedented demand for its various offerings in the biscuits segment 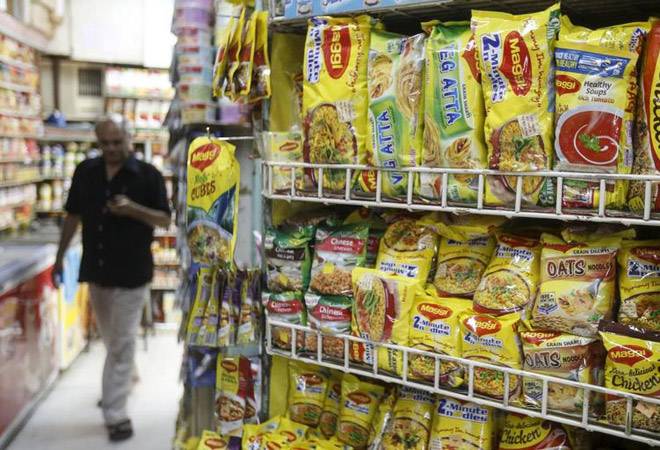 As people were asked to stay indoors during the nationwide lockdown amid the coronavirus pandemic, consumers resorted to bulk buying. FMCG companies saw an increase in sales of convenient and widely available food options such as biscuits and noodles.

Parle Products and ITC both said that they saw unprecedented sales during the lockdown. One of the best-selling products during the lockdown was the low-cost biscuit Parle-G. People stocked up Parle-G at home, bought in bulk to distribute to the needy and was the go-to food option for millions of migrants trekking all the way home. Parle-G clocked the best sales in eight decades. Parle-G maker Parle Products said that its market share increased 5 per cent. Mayank Shah, Category Head of Parle Products said that 80-90 per cent of their sales have come from Parle-G and called it an "unprecedented" feat.

Not only the Rs-5 Parle-G, biscuit sales went up across price points. Other offerings from Parle Products such as Monaco, Hide & Seek and Krackjack along with Britannia's Good Day, Tiger, Bourbon, Marie, Milk Bikis have all clocked high sales numbers.

ITC that sells biscuits under the Sunfeast brand said that their sales have been unprecedented. Hemant Malik, divisional chief executive, foods division at ITC saw unprecedented demand for its various offerings in the biscuits segment.

Nestle India MD Suresh Narayanan had said earlier, "There are two kinds of behaviours that are already being demonstrated, one is trading down. People are looking at smaller packs and they are looking at popularly positioned products. Affordability is becoming important as people want to conserve the last Rs 10 as a hedge against the future. However, there is still an affordable indulgence."

When it comes to affordable indulgence, instant noodles such as Maggi and Wai Wai are the go-to options. Both these products saw an increase in sales during the lockdown. Narayanan said to The Economic Times that sales of Maggi went up by 20-25 per cent. He believes that availability, convenience and versatility of the product along with the lack of cooking skills in a section of consumers would continue to drive up sales of the 2-minute noodles.

Varun Chaudhary, Executive Director, CG Corp Global maker of Wai Wai said that they have witnessed an uptick in the demand for packaged food. He also highlighted that there have been constraints when it comes to the supply side. "COVID-19 and the resultant lockdown has given rise to a shift in consumer preferences and one of the emerging trends as rightly mentioned is the growing demand for Convenience Foods.  Given WAI WAI noodle is the only 'ready to eat' noodle of the country, it perfectly fits the requirement for consumers at home today who are increasingly looking at easier snacking/meal options," he said in an interview to Moneycontrol. He added that overall demand for packaged foods and snacks has increased in the last five weeks as people have resorted to stocking up due to lockdown uncertainties.

Not only are consumption going up, companies are focussing on making their products more widely available. For instance, Nestle India is focussing on accentuating the home consumption of brands such as Maggi, Nescafe, Milkmaid and their UHT milk. Narayanan said that during Lockdown 1.0, the company ramped up their production units. "Enormous efforts have been put in by teams across factories in the most arduous situation. The mission of my team was inspired to rise to a national cause and provide an essential brand at that time," he said.

Chaudhary said that they have been able to supply about 60 per cent of their average in the past few weeks and are planning to touch their average production soon. The company has also partnered with online delivery services such as Bigbasket, Dunzo, Flipkart and Swiggy store to make their products easily available.