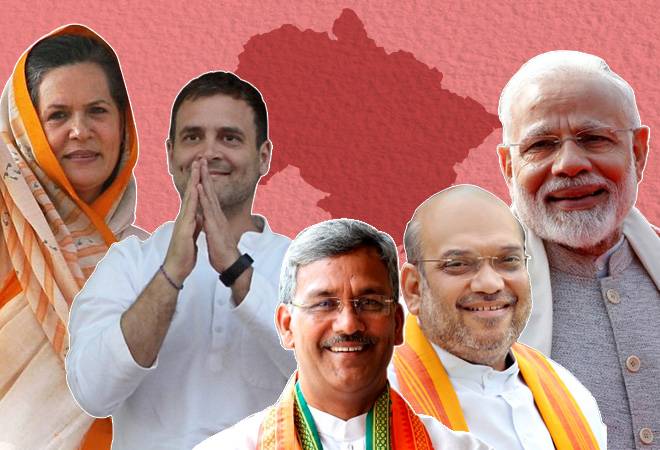 Uttarakhand would send 5 MPs to the Lok Sabha

The state of Uttarakhand came into being in the year 2000. Separated from Uttar Pradesh, it became the 22nd state of India. The state saw 10% of its voters cast their votes in the first hour of polling. Voting kicked off at 7 am will continue till 5 pm, said Chief Electoral Officer Saujanya.

The principal players in Uttarakhand's political playground are the Bharatiya Janata Party (BJP) and the Indian National Congress. The state's only prominent regional party is called the Uttarakhand Kranti Dal (UKD) and it will be contesting in all five seats. The 'Hill state' would send 5 MPs to the Lok Sabha and the voting in all the five Lok Sabha seats that include Tehri Garhwal, Garhwal, Nainital-Udhamsingh Nagar, Almora and Haridwar will be conducted on April 11.

The politics of Uttarakhand, especially the Tehri Garhwal seat, has always revolved around the Congress and the BJP. Just like the previous elections, the BJP and Congress are locked into a straight fight in all the five seats in the state. BJP had won all the five seats in 2014 and secured 56 per cent of the votes. Congress had secured 34 per cent of the votes in 2014 polls. In 2017 state elections, BJP won 57 out of 70 seats and the Congress had bagged 11 seats.

Some of the big names to look out for in Uttarakhand during the Lok Sabha elections would be BJP's Mala Rajya Laxmi who will fight from Tehri Garhwal, Tirath Singh Rawat, Ajay Tamta, Ajay Bhatt and Dr. Ramesh Pokhriyal. Big Congress names in the state include Ambrish Kumar, Pritam Singh, the former chief minister and the general secretary of AICC Harish Rawat, Pradeem Tamta and Manish Khanduri.

In Uttarakhand, Congress is banking on its local leaders whereas BJP is pinning their hopes on the magic of Narendra Modi who has held several rallies in the state over the past fortnight. PM Modi recently addressed rallies at Rudrapur and Dehradun while BJP President Amit Shah addressed rallies in Uttarkashi and Dehradun. Congress President Rahul Gandhi, on the other hand, addressed four rallies in Dehradun, Almora, Srinagar and Haridwar over the past fortnight.