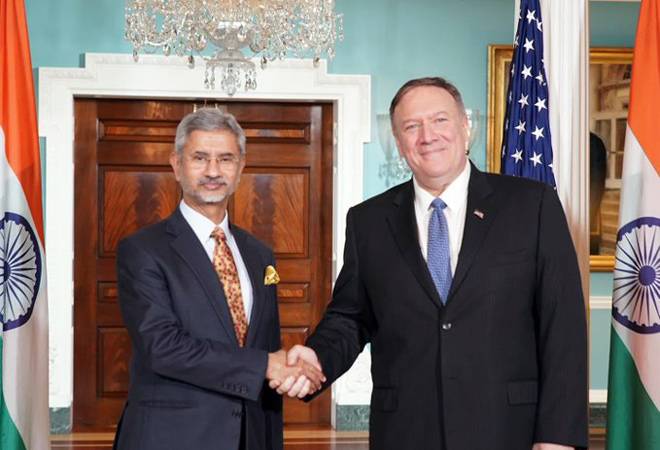 US Secretary of State Mike Pompeo in his meeting with External Affairs Minister S Jaishankar discussed a range of issues including growing strategic bilateral ties, developments in Kashmir and global issues of concern, the State Department said Wednesday.

Jaishankar and Pompeo met at the Foggy Bottom headquarters of the State Department on Monday.

A readout of the meeting by the State Department was issued two days later.

The two leaders "discussed a range of issues, including the growing US-India strategic relationship, developments in Kashmir, and global issues of concern", the State Department said.

"They also discussed plans to advance our complementary visidiaions of a free and open Indo-Pacific region following the successful Quadrilateral Consultations on the margins of the UN General Assembly last week, said a readout of their meeting.

Also read: India has a non-partisan approach to US politics: Jaishankar