A bench headed by Justice D Y Chandrachud said the report from CFTRI, Mysuru, where the testing of the Maggi noodle samples was conducted, will form the basis for the proceedings. 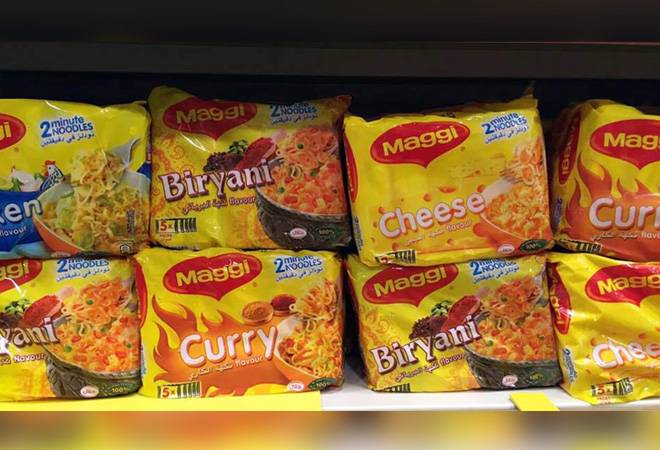 FMCG major Nestle on Thursday welcomed the Supreme Court's order that allowed NCDRC to proceed with a three-year-old suit with regard to Maggi filed by the government only on the basis of laboratory test reports by CFTRI.

The apex court was hearing a case filed by the company against two interim orders passed by the National Consumer Disputes Redressal Commission (NCDRC) in a suit filed by the Ministry of Consumer Affairs seeking damages of Rs 640 crore.

The government had moved NCDRC after Nestle's popular instant noodles Maggi was banned by the Food Safety and Standards Authority of India (FSSAI) in June 2015 for allegedly containing lead beyond permissible limits, forcing the company to withdraw the product from the market.

"Nestle India welcomes the orders passed by the Supreme Court in Maggi Noodles matter today (Thursday)," the company said in a statement.

A bench headed by Justice D Y Chandrachud said the report from CFTRI (Central Food Technological Research Institute, Mysuru), where the testing of the Maggi noodle samples was conducted, will form the basis for the proceedings.

According to Nestle, CFTRI "analysis results showed that samples (of Maggi Noodles) were compliant for lead and other relevant parameters".

However, Nestle India added that "full details will be known only after receipt of the order by the company".

The top court had earlier stayed the proceedings before the NCDRC after Nestle had challenged it.

ALSO READ:Why the parliamentary panel is angry with domestic airlines

The consumer affairs ministry had in 2015 filed a complaint against Nestle India before the NCDRC using a provision for the first time in the Consumer Protection Act.

On January 13, 2016, the Supreme Court had directed the NABL-accredited CFTRI to clarify if the results of sample tests on Maggi Noodles show lead and monosodium glutamate (MSG) levels to be within permissible limits.

The results were forwarded to the SC on April 11, stating that 29 tested samples showed lead levels within permissible levels.