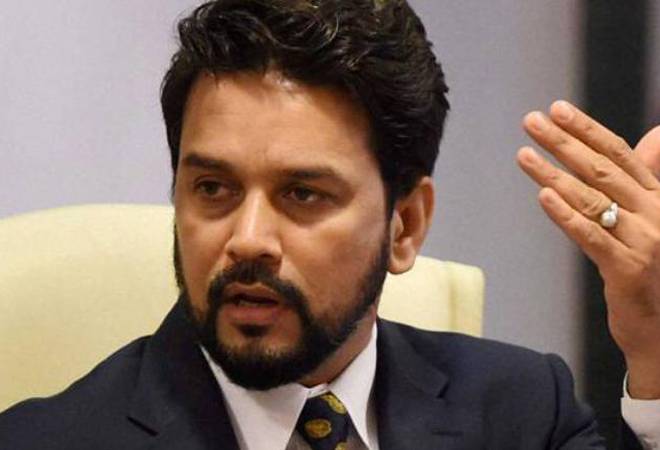 "There is no 5 per cent slump. Where did you get the figure. Show us," says Union Minister Anurag Thakur in Lok Sabha

India is not facing 5 per cent economic slowdown and continues to be the fastest growing economy in the world, Union Minister Anurag Thakur said in Lok Sabha on Monday.

During Question Hour, Thakur also said that a number of steps are being taken by the government to strengthen the economy that includes merger of banks and tax concessions to industries.

"There is no 5 per cent slump. Where did you get the figure. Show us," he countered when Aam Aadmi Party MP Bhagwant Mann said the country is facing slump in the economy.

The Union minister of state for finance said India continues to the fastest growing economy in the world even though many countries in the world are facing economic slowdown.

Highlighting series of steps taken by the government to strengthen the economy, Thakur said tax concessions have been given to industries, foreign direct investments and MSME sector.

The minister said several banks have been merged with bigger banks and ultimate aim of the government is to keep four strong banks with solid footing and ensure increased economic activities.

He said strong actions have been taken against black money and number of taxpayers has been doubled due to demonetisation and implementation of the GST regime.

Thakur said as per the National Statistical Office (NSO), the GDP growth on average was 7.5 per cent in 2014-19, which is the highest amongst G-20 countries.

He said the World Economic Outlook (WEO) of October 2019, projects a significant slowdown in world output and trade in 2019.

"Yet India, despite some recent deceleration of GDP growth, is still projected by WEO to grow at the fastest rate in 2019-20 among G-20 countries," he said.

The minister said the government has been taking several measures to address moderate levels of fixed investment rate in the economy, plateauing of private consumption rate and modest export performance, with a view to increasing the GDP growth of the country.

Thakur said in the last five years, the government implemented major reforms to build the investment climate in the country for becoming a US 5 trillion-dollar economy.

He said the introduction of Insolvency and Bankruptcy Code (IBC) in 2016 is a significant step towards cleaning and strengthening the financial system of the country.

Implementation of Goods and Services Tax in 2017 stands out as the most important measure for improving ease of doing business in the country and the Make-in-India program is a major initiative towards increasing the indigenous capacity of the country to produce world-class goods and services, he said.

Thakur said continuous liberalisation has resulted in the record and unprecedented inflows of foreign direct investment into the country and all along the government has kept inflation low, fiscal spending disciplined and current account deficit manageable to ensure macroeconomic stability to sustain a healthy investment climate in the country.

Thakur said one of the objectives of GST is to make India a common market with a view to sustaining a high level of GDP growth in the country.