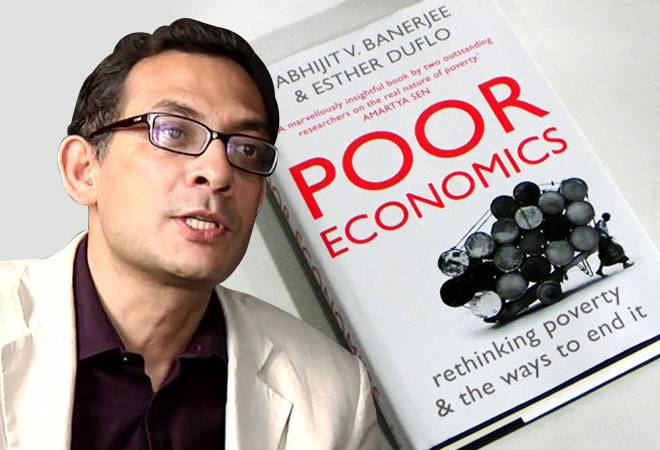 Abhijit Banerjee, along with wife and fellow economist Esther Duflo, and Michael Kremer were awarded the Nobel Prize in Economics for their efforts to alleviate global poverty. Banerjee, a MIT professor and co-founder of the Abdul Latif Jameel Poverty Action Lab is also a proficient writer. Along with numerous articles, Banerjee is the author of five books and the co-editor of two. His most well-known work is Poor Economics, co-written with Duflo.

Banerjee has co-written and co-edited numerous works with other stalwarts in the field including Raghuram Rajan, Gita Gopinath, French economists Philippe Aghion and Roland Benabou. A large portion of his published works has been co-created with Esther Duflo, who is the co-founder of Abdul Latif lab.

The book, co-authored with Esther Duflo, looks into how economics can be a way out of most social and political problems including immigration, globalisation, slow economic growth as well as climate change. The economists argue that the resources to address such issues are already there but we lack the ideas to overcome the divide and distrust that plagues us.

Handbook of Field Experiments Vol 1 and 2 (2017): with Esther Duflo

Volume 1 looks at how to conduct experimental research and how to create a catalogue on new results from areas that are yet to be explored. From field experiments, practice of social experiments, methodology, econometrics and more, the first volume dives into a range of research issues.

Volume 2 explains how to conduct experimental research, present an up-to-date catalogue of research as well as which areas need to be explored. It looks into field experiments, how to design social protection programmes, how to combat poverty, determinants of health levels in low-income countries.

In their path-breaking book that won the Goldman Sachs Business Book of the Year, the economists argue that by paying attention to evidence, one can not only understand the real causes of poverty but can also assess how to end it. They argue that most charitable organisations want to help the poor but their assumptions are based on generalisations. It looks at how the impoverished make decisions on education, savings, healthcare, food and other issues.

Also read: Abhijit Banerjee did the unexpected when he learnt he had won Nobel Prize

The Nobel Prize winner argues in this book that foreign aid can lend a helping hand in reducing poverty. Banerjee says that while billions of dollars flow in to poor countries, they are ill-used. Lack of analysis causes considerable waste and inefficiency in this regard. He suggests that donors should conduct randomised controlled trials (RCT) - a method Banerjee and Duflo have mastered - to assess the situation.

Volatility and Growth (2005): with Philippe Aghion

The book looks at the effects of macroeconomic volatility on productivity growth. The economists argue that lower the level of financial development in the country, the more detrimental the impact on volatility on growth.