Abjijit Banerjee awarded Nobel Prize: In 1988, Banerjee obtained his PhD in Economics from Harvard. The subject of his doctoral thesis was 'Essays in Information Economics'. 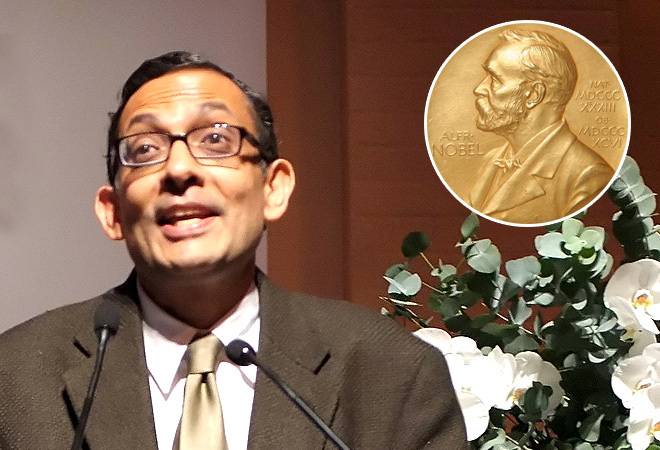 Indian-origin economist Abhijit Banerjee has been conferred the Nobel Prize for Economics along with fellow economists Esther Duflo and Michael Kramer. The economists have been awarded the Nobel for their contribution towards alleviating global poverty.

Currently a professor of Economics at the premier Massachusetts Institute of Technology (MIT), Banerjee is an alumnus of Jawaharlal Nehru University (JNU). Banerjee was an Economics student at the university in 1983 where he pursued his Masters degree. Before JNU, Banerjee was a graduate student at the Presidency College in Kolkata. The Nobel laureate completed his schooling from the city's South Point School.

In 1988, Banerjee obtained his PhD in Economics from Harvard. The subject of his doctoral thesis was 'Essays in Information Economics'. Banerjee had taught at Harvard University and Princeton University before becoming the Ford Foundation International Professor of Economics at MIT.

Banerjee and co-Nobel laureate Duflo were the authors of Poor Economics. In 2012, he shared the Gerald Loeb Award Honorable Mention for Business Book with Duflo for their book.

In 2013, he was named by United Nations Secretary General Ban Ki-Moon to a panel of experts tasked with updating the Millennium Development Goals after 2015 (their expiration date).

"The research conducted by the 2019 Economic Sciences Laureates has considerably improved our ability to fight global poverty. In just two decades, their new experiment-based approach has transformed development economics, which is now a flourishing field of research," a statement by the Nobel Prize said.

Who is Abhijit Banerjee? Indian-origin economist who has won Nobel Prize