Finance Minister Nirmala Sitharaman projected that the fresh stimulus would boost demand by Rs 73,000 crore during the remainder of FY21. However, experts do not rule out slippage in capex 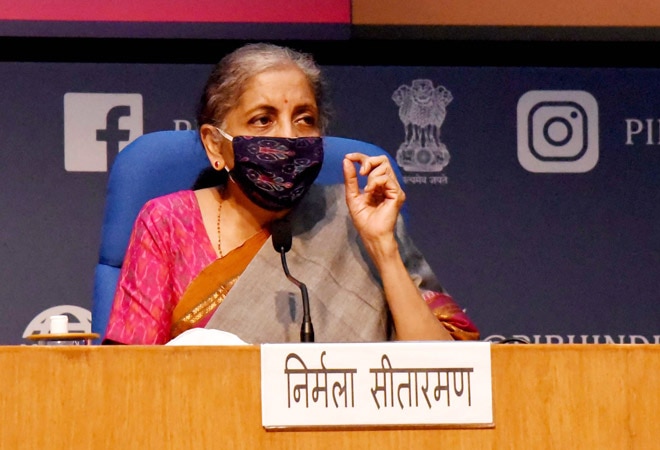 Prime Minister Narendra Modi-led government's second round of stimulus which includes no-cost EMIs and LTC cash vouchers for central government employees besides additional capex with riders has fallen short on expectations as experts have termed it insufficient and limited in magnitude.

Announcing the much-awaited stimulus, Finance Minister Nirmala Sitharaman projected that the various measures would boost demand to the extent of Rs 73,000 crore during the remaining financial year FY21. However, experts do not rule out slippage in capex.

"The total amount of both capital and consumption expenditure is Rs 73,000 crore, a little over 0.4 per cent of the estimated GDP. It's a small boost but it is entirely fiscal, which is good. All of the spending is, however, dependent on a lot of compliance conditions which have been imposed on government employees and state governments," says DK Srivastava, EY India Chief Policy Advisor.

Also, it has to be seen if the central government will be able to spend on capex. "Actual impact would be some percentage of it. Because there would be some slippage in compliance conditions," he adds.

As per the announcements made by Sitharaman, central government will make an enhanced budget provision of Rs 25,000 crore for roads, infrastructure, urban development and water supplies among others. The additional budget of Rs 25,000 crore is over and above Rs 4.13 lakh crore capex budgeted for FY21.

It has also provided Rs 12,000 crore interest-free loans to states for making capex.

In order to lift demand and consumer sentiments, the Finance Minister launched LTC cash voucher scheme and a Special Festive Advance scheme. The two schemes together are expected to generate additional demand of Rs 36,000 crore in the economy by the end of current fiscal year.

Asked if the size of the stimulus was enough given the massive shock economy has got due to the pandemic, Suvodeep Rakshit, Vice President & Senior Economist at Kotak Institutional Equities says: "not really."

"I am not sure all the schemes will work out the way it has been projected," Rakshit says.

The government has kept its focus on infrastructure to boost demand and jobs. While it has encouraged various ministries to continue spending on asset building, resource crunch is being seen as a major concern. Given that private sector investment in the sector has been subdued, the government has to spend more to bridge funding gap.

"Considering that the private sector investment in current year and next year, and also perhaps the year after is going to be very muted, it is the government which will have to carry the mantle of all the investments and capex," says Sanjay Sethi, Managing Partner & CEO, Nestor Capital Consulting LLP.