Imran Khan's visit comes in the wake of his past criticism of the $50 billion China-Pakistan Economic Corridor projects. 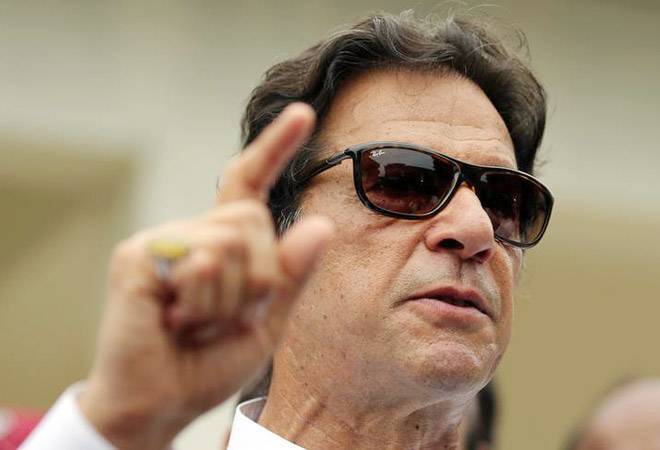 Imran Khan arrived here Friday in what is termed as the most significant visit to China by a Pakistani Prime Minister in recent years as the all-weather allies grapple to iron out differences over the multi-billion CPEC and Islamabad approaching 'friendly nations' to avoid a tough IMF bailout package.

Khan arrived in the early hours for his four-day visit, official sources said. He is scheduled to hold talks with Chinese President Xi Jinping and Premier Li Keqiang on shoring up the all-weather ties. Both the countries are expected to sign several agreements.

He will also attend China's International Import Expo on November 5 in Shanghai during the visit, billed as the most significant one by a Pakistani Prime Minister to China in recent years. Reports in the Pakistan media said Khan was accompanied by Foreign Minister Shah Mehmood Qureshi, Finance Minister Asad Umar, Advisor on Commerce and Trade Abdul Razzak Dawood, Railways Minister Sheikh Rasheed among others.

Khan's visit evoked considerable interest here as it comes in the wake of his past criticism of the $50 billion China-Pakistan Economic Corridor (CPEC) projects and remarks by his ministers to cut down some of the projects over debt concern.

The cricketer-turned-politician, during his first visit to China, is also expected to seek more Chinese loans to avoid approaching International Monetary Fund (IMF) for a bailout package. He secured $3 billion funding from his recent visit to Saudi Arabia besides differed payment for oil imports worth about USD three billion for a year.

Pakistan has already approached the IMF but is concerned about the stringent conditions the international lender may impose specially to scrutinise the CPEC projects. For its part, China is also concerned about critical remarks made by Ministers from Khan's Cabinet.

While Dawood told the Financial Times that some of the agreements were unfair to Pakistani companies and should be put on hold for a year, Rashid said that Pakistan wants to cut the size of the $8 billion Karachi-Peshawar rail line, the biggest project of the CPEC, by $2 billion.

The statements evoked serious concerns in China as the CPEC is the flagship project of Xi's pet project multi-billion-dollar Belt and Road Initiative (BRI). The CPEC has also become a major irritant in India-China relations with New Delhi voicing its opposition to the infrastructure project as it traverses through Pakistan-occupied Kashmir (PoK).

Khan, however, assured his support to the CPEC when Chinese State Councillor and Foreign Minister Wang Yi visited Islamabad in September. China also agreed to address his concerns that the CPEC projects were mainly benefitting the dominant Punjab region and the new projects will focus on the western region of Balochistan and Khyber Pakhtunkhwa.

From Beijing's point of view, Pakistan's criticism of the project was a shocker, specially after China's takeover of Sri Lanka's Hambantota port on a 99-year lease as debt swap. China is concerned over cash-strapped Pakistan's plans to approach the IMF for a bailout package amid assertions by the global lender officials to scrutinise the CPEC loans.

Beijing is also uncomfortable over Pakistan roping in Saudi Arabia to invest in Balochistan bordering Iran. The province is key to the CPEC as it terminates at the strategic Gwadar port. The CPEC connects China's Xinjiang province with Gwadar through a rail, road and pipeline network.

China do not want the CPEC projects to get caught in the Saudi-Iran rivalry. For its part, China has been giving a top billing for Khan's visit and vehemently deny the debt concerns. Khan's visit to China will provide an "opportunity" for the two countries to open a "new chapter" of bilateral relations "under the new circumstances," Chinese Foreign Ministry spokesman Lu Kang said on Monday.

Lu also refuted criticism that the CPEC is causing financial and debt problems for Pakistan, saying Islamabad has already made it clear that debts incurred by the CPEC only account for a very small portion of Pakistan's total debts and is not a reason why the country is experiencing financial difficulties.

US revokes duty-free concession on import of 50 Indian products