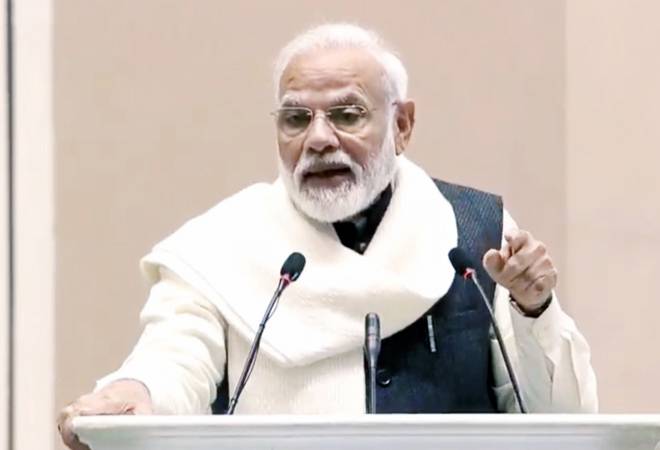 Prime Minister Narendra Modi on Wednesday launched the Atal Bhujal Yojana, a scheme aimed at improving groundwater management, on the occasion of 95th birth anniversary of former prime minister Atal Bihari Vajpayee. He said this scheme will help in supplying water to every house hold by 2024.

Under Atal Bhujal scheme, the government will promote Panchayat led ground water management and behavioural change with primary focus on demand side management. The central government scheme stresses on the need to use technology to prevent wastage of water in various spheres, including agriculture.

On Tuesday, the Union Cabinet had approved Rs 6,000 crore for the implementation of the scheme over a period of 5 years (2020-21 to 2024-25). The scheme aims to improve ground water management through community participation in identified priority areas in seven States, viz. Gujarat, Haryana, Karnataka, Madhya Pradesh, Maharashtra, Rajasthan and Uttar Pradesh. Implementation of the scheme is expected to benefit nearly 8350 Gram Panchayats in 78 districts in these States.

Ground water contributes to nearly 65 per cent of total irrigated area of the country and nearly 85 per cent of the rural drinking water supply. The limited ground water resources in the country are under threat due to the increasing demands of growing population, urbanisation and industrialisation.

The Cabinet also approved a decision to honour the contribution of ex-PM Atal Bihari Vajpayee by naming the strategic tunnel under Rohtang Pass after him. The decision to construct a strategic tunnel below the Rohtang Pass was taken on June 03, 2000 when late Atal Bihari Vajpayee was the Prime Minister. The foundation stone for the access road to the south portal of the tunnel was laid on May 26, 2002.

The 8.8-kilometre Rohtang Pass tunnel is the world's longest tunnel above an altitude of 3,000 metres. It will reduce the distance between Manali and Leh by 46 kilometres and save crores of rupees in transport costs. It is a 10.5-metre wide single tube bi-lane tunnel with a fire proof emergency egress tunnel built into the main tunnel itself.