Protester who died returned from Australia; family unaware he was in Delhi

Tractor Rally violence: His family reportedly did not know that the deceased, identified as Navreet Singh Hundal, was a part of the farmers' protests at Delhi border 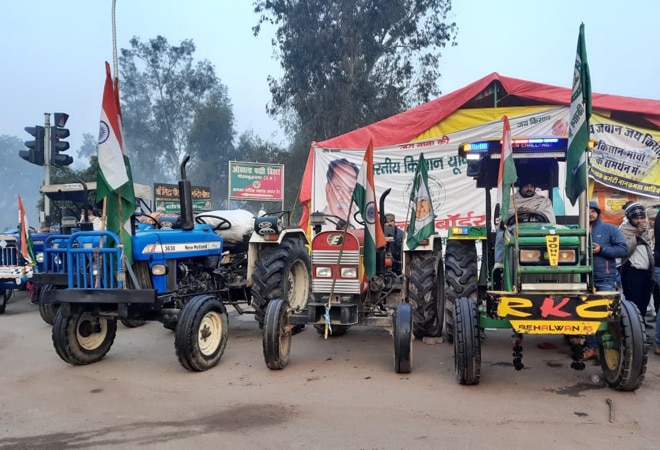 A protesting farmer who died after his tractor overturned at ITO during the tractor parade on Republic Day had returned from Australia recently. His family reportedly did not know that the deceased, identified as Navreet Singh Hundal, was a part of the farmers' protests at Delhi border.

A senior Delhi Police official told The Indian Express, "The family told us they didn't know Navreet was in Delhi and protesting in Delhi. They had said Navreet had left home to meet a relative at Bajpur (located in Uttarakhand's Udham Singh Nagar district)." The 27-year old protestor from Uttar Pradesh's Bilaspur, who came to Ghazipur border a week before the parade, was living in Australia with his wife and parents and was studying agriculture.

The protestors were sitting with his body and refused to let the police take it away for postmortem till late Tuesday evening.  A farmer from Bilaspur told the daily that the officials fired a tear gas shell at Navreet and "one of the shells hit him on the head and he lost control of the steering wheel. The police didn't even help him."

Meanwhile, Delhi Police has registered 22 FIRs so far in connection with the tractor parade violence wherein over 300 policemen were injured. The Delhi Police also said that eight buses and 17 private vehicles were vandalised during the violence that took place mostly in ITO, Mukarba Chowk, Seemapuri, Ghazipur, Nangloi, Tikri border and Red Fort.