Pulwama attack anniversary: Who benefitted most from the attack, asks Rahul Gandhi

Flashback to the 2019 Pulwama attack: A year after the dastardly Pulwama attack shook the nation in 2019, here's a look at what exactly happened on that day in 2019 and how our politicians remember the attack today 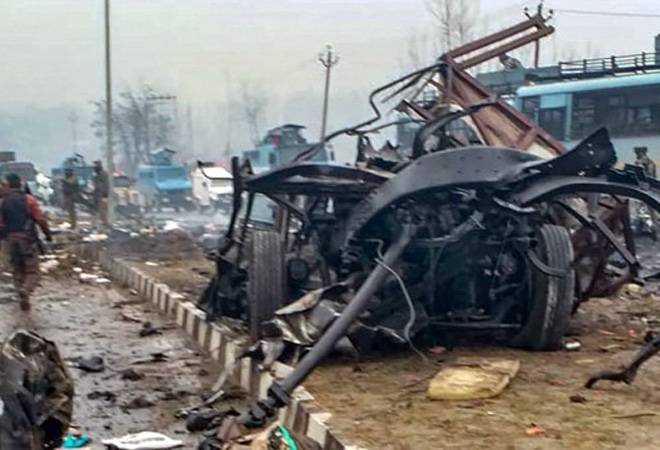 Pulwama attack took place on February 14,2019 and claimed the lives of 40 CRPF Jawans

As the nation remembers martyrs on the first anniversary of the dastardly attack on a CRPF convoy in Pulwama on February 14, 2019, Congress leader Rahul Gandhi attacked the BJP government, saying the nation needed to ask some "straight questions" over who in the BJP was responsible for the security lapses.

Remembering the 40 CRPF jawans who were killed in the Pulwama attack, Rahul said alleged somebody in the BJP government could have possibly benefitted from the attack.

Today as we remember our 40 CRPF martyrs in the #PulwamaAttack , let us ask:

1. Who benefitted the most from the attack?

2. What is the outcome of the inquiry into the attack?

3. Who in the BJP Govt has yet been held accountable for the security lapses that allowed the attack? pic.twitter.com/KZLbdOkLK5

I salute the valour of our brave jawans, who were martyred in #Pulwama in a horrific terror attack one year back. We shall remain indebted to their sacrifice forever. #PulwamaAttack

INC spokesperson Jaiveer Shergill also took to his Twitter, saying the BJP had been shedding "fake tears" since the Pulwama attack happened.

BJP sheds crocodile tears for our brave soldiers-1yr since #PulwamaAttack wife of Jawan Kaushal Kumar Rawat is yet to receive promised help from Govt,she says no one listens,mantris came for funeral but now no one helps! Is this how #BJP honors sacrifice? https://t.co/CqBfDCnptB

We dont need a memorial to remind us of our incompetence. The only thing we need to know is how 80kg of RDX got past the international borders to the 'most militarised zone on earth' & exploded in #Pulwama.

Union Minister for Defense Rajnath Singh said India would never forget the sacrifice of our martyrs. He said India as a nation was committed to continue the fight against terrorism.

Remembering the fallen @crpfindia personnel who were martyred during the dastardly attack in Pulwama(J&K) on this day in 2019.

India will never forget their sacrifice. Entire nation stands united against terrorism and we are committed to continue our fight against this menace.

On February 14, 2019, 40 CRPF jawans were killed after a suicide bomber attacked their convoy on the Srinagar-Jammu highway located in Pulwama, Jammu and Kashmir. The attack was the worst and the most gruesome-ever terrorist attack in Jammu and Kashmir since the spiral of violence and extremism in 1989. The terrorist who took the responsibility for this attack belonged to Jaish-e-Mohammad. The Pakistan-based terror outfit also made and shared a video clip of the suicide bomber. The terror outfit headed by Maulana Masood Azhar also carried out the Parliament attack in 2001 and also the attack on army camps in Uri in 2016.

Also read: A year since Pulwama: India pays homage to bravehearts; a look back at dastardly attack that shook India

Rupee vs Dollar: Rupee slips 2 paise to 71.33 amid strengthening of the US dollar