India's Q2 GDP Growth 2019: DEA Secretary Atanu Chakraborty and CEA KV Subramnaian said that the fundamentals of India economy remain strong and the GDP growth rate is expected to bounce back in the third quarter of this fiscal 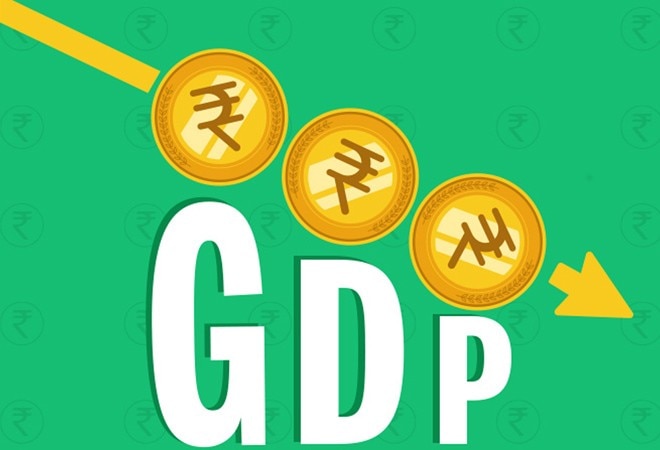 Q2 GDP 2019: Economic growth has been declining for the past six quarters

India's GDP growth rate slowed down to 4.5 per cent in the July-September quarter of this fiscal, data by National Statistical Office released on Friday showed. Despite all government efforts to arrest slowdown, this is the slowest growth rate Indian economy has registered in six and a half years. The decline in economic growth came on the back of dwindling consumer demand, slowing private investment and global slowdown. Matters have worsened since the June quarter when GDP growth slowed to 5 per cent, lowest in six years and a quarter.

ALSO READ:GDP growth at 4.5%: No, Indian economy is still not in recession, but these countries are

"We take note of announcement of the rate of GDP growth. The fundamentals of Indian economy remain strong. GDP growth is expected to pick up from Q3 of FY 2019-20. IMF has projected India's GDP growth at 6.1 per cent in FY 2019-20 and 7 per cent in FY 2020-21 in it's October 2019 report on World Economic Outlook," said Department of Economic Affairs Secretary Atanu Chakraborty.

Chief Economic Advisor KV Subramanian seconded the DEA Secretary. "We are saying again that the fundamentals of the Indian economy continue to be strong. GDP is expected to pick in Q3," he said.

During the first half of financial year 2019-20, the Indian economy grew 4.8 per cent as against 7.5 per cent in the same period a year ago. 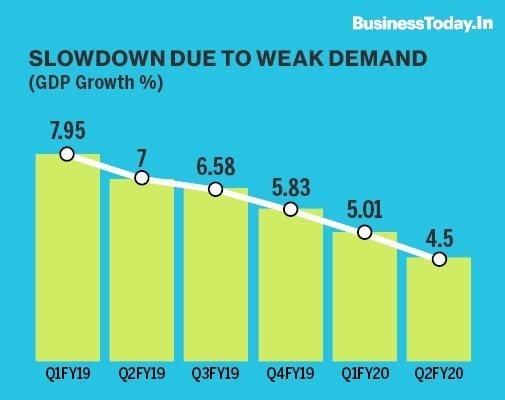 Experts had predicted this outcome over the past few weeks, adding that the worst was yet to come. This seems to be in line with situation on ground as beginning of December quarter has not shown any signs of revival yet. As per ICRA's economic review for October, the performance of seven out of 18 economic indicators worsened during the month, while 11 displayed sequential improvement in their year-on-year performance. Things might look up in November on the back of a post-monsoon pickup in production and a favourable base year, the review said.

"The GDP growth rate for Q2FY20 was in line with the market expectation at 4.5 per cent. All the indicators ranging from IIP, electricity consumption to core inflation rate were pointing towards the fact that the economy has not entered the revival path. The slowdown in consumption is indeed worrying, as its revival is important for investment to pick up. The Private Final Consumption Expenditure (PFCE) declined to 5 percent YoY compared to 9.7 per cent," said Deepthi Mary Mathew, Economist at Geojit Financial Services.

"With the growth slipping to 4.5 per cent, it is expected that RBI will go for the next round of rate cut in December," she further added.

With the slowing economic growth, the Reserve Bank of India (RBI) is expected to reduce its policy rates by another 25bps in the next Monetary Policy Committee scheduled to happen in December.

"To address the current issue, the government is expected to take further measures. To set the ball rolling, both the Centre and the state governments should gear up to execute the infrastructure projects in pipeline. This would provide employment opportunities. Further, they should work towards ensuring that auditing norms become more stringent. Reinforcing confidence of stakeholders in the ecosystem will be one of the biggest challenges for the government to tackle; there are no easy fixes," said Arun Singh, Lead Economist at Dun and Bradstreet India.