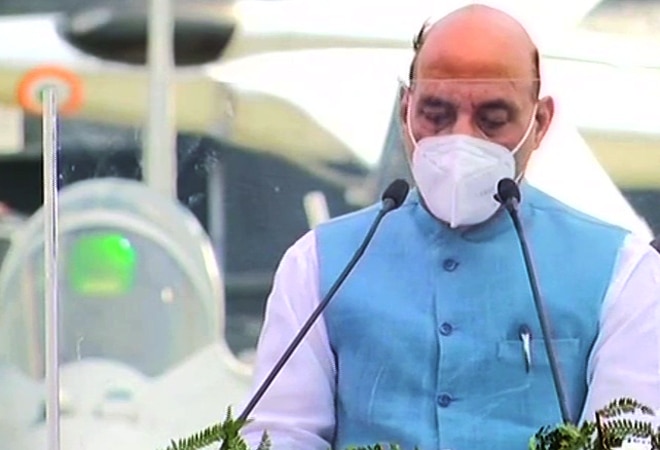 Defence Minister Rajnath Singh, during the Rafale induction ceremony into IAF in Ambala, said the Rafale induction is a big and stern message for the entire world, especially to those eyeing our sovereignty. Hinting at escalating tensions over China's aggression along the Line of Actual Control (LAC), Singh said: "This induction is important considering the kind of atmosphere at our borders or should I say the kind of atmosphere created at our borders," the Singh added.

He added the induction of Rafale into IAF represents the strong ties between India and France. With the Rafale induction in the IAF , the strategic ties between our two countries have also strengthened, Singh said at the Ambala airbase.

The speed at which IAF deployed its assets at forward bases creates confidence that our Air Force is fully prepared to fulfil its operational obligations, Singh added. "I would like to congratulate our colleagues of the Indian Air Force today. During the recent unfortunate incident at the border, the swift and deliberate action taken by Indian Air Force near LAC shows your commitment," Singh added.

Minister of the Armed Forces of France Florence Parly said France is fully committed to 'Make in India' initiative, as well as, to the further integration of the Indian manufacturers in our global supply chain.

She said today's induction of Rafale in IAF is an achievement for both the countries. "Together we are writing a new chapter in India-France defence ties," she said. Highlighting India and France's friendly relations, Parly said France supports India's candidacy for the UN Security Council. "You can count on us," she said.

Earlier, traditional 'sarva dharma puja' and aerial display was held by the Rafale fleet to mark the event.

About the Rafale deal

Rafale is a twin-jet fighter aircraft able to operate from both an aircraft carrier and a shore base. It has capabilities to carry out all combat aviation missions: air superiority and air defence, close air support, in-depth strikes, reconnaissance, anti-ship strikes and nuclear deterrence.