The second version of the superfast express train was initially earmarked for the Northern Railway, but was finally allotted to the Southern Railway, ICF said in a statement. 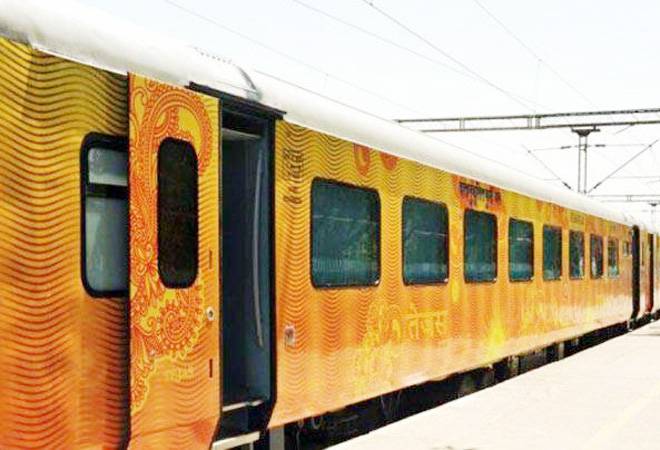 Earlier this month, the Chennai-based Integral Coach Factory (ICF) rolled out modern and feature-filled coaches for the improved version of the Tejas Express, which will soon operate on the busy Chennai-Madurai route. It is reportedly the first luxury train linking Chennai Egmore with the southern districts. The second version of the superfast express train was initially earmarked for the Northern Railway, but was finally allotted to the Southern Railway, ICF said in a statement. The first Tejas train is being operated between Mumbai and Goa since 2017.

According to NDTV, the launch date of the new service and its schedule will be announced later by the Southern Railways. Here's all you need to know about the new Tejas Express.

Speed: The train will run at an average speed of 70 kmph, a senior Southern Railways official told The Times of India. This would reduce the journey time between Chennai and Madurai from 8 hours taken by Vaigai Express - currently the fastest train -to around 7 hours. The train will reportedly run five days a week.

Fares: The buzz is that the fare would be 20% higher than that for the Shatabdi Express trains, but the exact details have not been finalised. Tickets could cost around Rs 1,000 for a chair-car seat if the dynamic pricing is taken into account, while an executive class seat will cost around Rs 2,000.

Passenger amenities: Better seats, a modern audio-and-visual entertainment display system, embedded in the dining table for the centre seat passengers and behind every seat for others, personalised reading lights, onboard WiFi service, USB charging ports with every seat and a revamped folding snack tray concealed below the hand rest of the coaches.

Proposed schedule: According to the daily, the Tejas Express will start from Chennai at 6 am, reach Madurai by 1 pm and return to Chennai by around 9 pm. It might prove a blessing for tourists visiting Kodaikanal. The train's Kodai Road stopping has reportedly been planned in a way that will allow tourists to reach the hill station before the typical hotel check-in time of 12 pm. Similarly, for the return journey, tourists can conveniently board the train post lunch, at around 3 pm.

The plan: This new offering from the ICF comes within a month of it rolling out Train 18, India's first engine-less semi-high speed train. The premier production unit of the Ministry of Railways is now planning to manufacture 23 Tejas coaches of which 18 are air-conditioned chair cars, 2 are air-conditioned executive chair cars and the remaining are power cars. These coaches have been allotted by the Railway Board for the Northern Railways.

Black box for trains: Railways' new system to help find cause of accidents