Grand groundbreaking ceremony of Ram Temple comes after about 10 months after Supreme Court, in a historic verdict, paved way for construction of the temple, thereby ending decades-long court battles between Hindus and Muslims 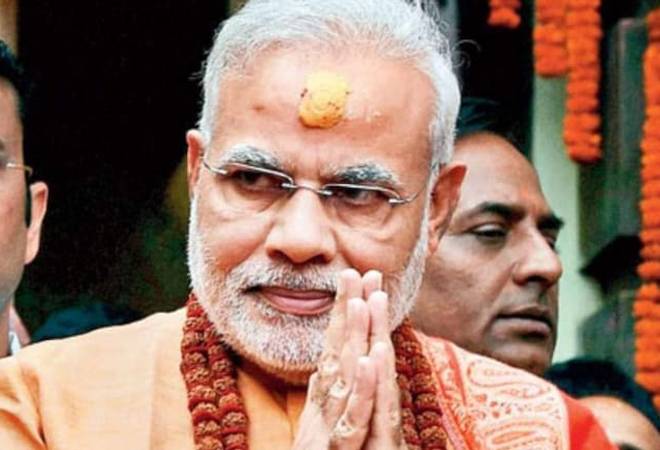 Before this, PM Modi had visited Ayodhya in 1991, say local BJP leaders

Prime Minister Narendra Modi has left from Delhi to Ayodhya at 9.30 am today to lay the foundation of Ram Temple construction. Back in Ayodhya after 29 years, PM Modi will perform 'bhoomi pujan' and lay the first brick to formally kick-start the Ram Mandir construction. The grand groundbreaking ceremony of Ram Temple is taking place 10 months after the Supreme Court, in a historic verdict, paved way for the construction of the temple, thereby ending decades-long court battles between Hindus and Muslims.

The city of Ayodhya has been decked for the grand ceremony and security has been beefed to maintain social distancing, and ensure no untoward incident happens during the event. Authorities have urged people not to venture out in celebrations in view of the coronavirus outbreak. There's tight security arrangement at all the roads leading to Ayodhya and the borders have been sealed.

PM Modi will reach the Lucknow airport at around 10:30 am, following which he'll take a chopper for Ayodhya. He will offer prayers at Hanuman Garhi around 11:40 am and reach the Ramjanmabhoomi at 12 pm and offer prayers at Ram Lalla.

He will also take part in a tree plantation programme at the temple site and lay the foundation stone around 12:40 pm. Later at 1.10 pm, he is expected to meet Swami Nrityagopal Das and other members of the Ram Janmabhoomi Trust.

The state-owned channel, DD National, will telecast the entire event live. As the PM of India, it's Modi's first visit to Ayodhya. He only visited the border areas of Faizabad-Ambedkar Nagar during a 2019 Lok Sabha polls rally. He, however, visited the city 29 years ago in 1991, during the former union minister and former BJP chief Murli Manohar Joshi's Tiranga Yatra, says local BJP leaders, reported The Times of India. He had accompanied Joshi to drum-up support for the party.

The Ram Mandir movement is a decade-old issue and took the centre stage when veteran BJP leader LK Advani took out a rath yatra at Ramjanmabhoomi where Babri mosque stood in the 1990s. On December 6, 1992, the mosque was demolished by activists who believed it was built on the ruins of a temple that marked the spot where Lord Ram was born. The Supreme Court last year gave the site to Hindus, ending a decades-old legal battle. The court gave Muslim parties an alternative 5-acre plot.