BEST workers have accepted the '10-step increment' proposal and will now go for mediation with the management and other concerned parties to resolve the dispute. 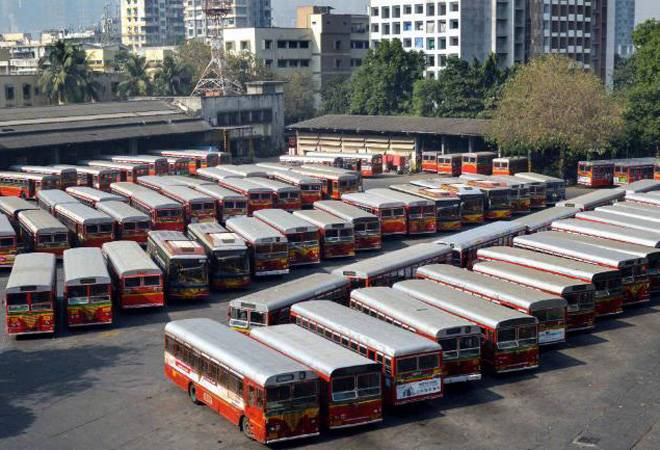 With Mumbai's bus system coming to a standstill for the past nine days, around 25 lakh commuters were left in the lurch.

Around 32,000 workers of the Brihanmumbai Electricity Supply and Transport (BEST) have been on strike since January 8 over their various demands, including pay hike, revision of pay scale of junior level employees and merger of BEST's budget with that of the Brihanmumbai Municipal Corporation (BMC). This long strike - reportedly the longest in BEST history - has just been called off.

The BEST workers' union this afternoon finally accepted the '10-step increment' pay hike proposal that was offered to them as an interim measure by the civic transport undertaking's management. BEST workers, its management and the other concerned parties will now go for mediation to resolve their dispute.

Also Read: India to make huge purchases from the US, says diplomat

This development follows the Bombay High Court's one-hour ultimatum earlier in the day to the BEST employees to to end their strike. A state appointed high-powered committee, headed by the chief secretary, had previously recommended an increase in salary for about 15,000 employees in a time-bound manner with effect from January as an interim measure, subject to the strike being called off. The proposal was reportedly rejected by BEST workers' union leader Shashank Rao yesterday.

In a U-turn today, the union's counsel Neeta Karnik told the Court that the interim measure was agreeable to the employees but they want an independent mediator with knowledge of labour laws, like a retired high court judge, to resolve the issues.

A division bench of Chief Justice N.H. Patil and Justice N.M. Jamdar agreed to the demand and the BEST union and its management have agreed to have retired high court justice F.I. Rebello as the mediator. "The mediator shall within a period of three months discuss demands put forth by the employees, like 20-step pay hike, merger of BEST and BMC budgets, and so on," the court said in its order.

The bench also made it clear that the "strike should not have happened" in the first place. "The situation should not have been brought to this extent. The BEST and BMC should show more consideration towards the BEST workers. It is not easy for families to survive with low salaries," said Chief Justice Patil. But he also had words for the protesting workers. "No employee will ever say he or she is satisfied with their job and salary. But we are all part of a system that needs to continue functioning," he added.

With 3,700 BEST buses off the roads during the strike, the metropolis had virtually come to standstill till the Maharashtra State Road Transport Corporation (MSRTC) started deploying extra buses and the railways operated extra local trains to minimise Mumbaikars' woes.

India to make huge purchases from the US, says diplomat