The retail inflation could come down to below 4 per cent only after December, if the base effect is the primary reason for the rise, says SBI Ecowrap report 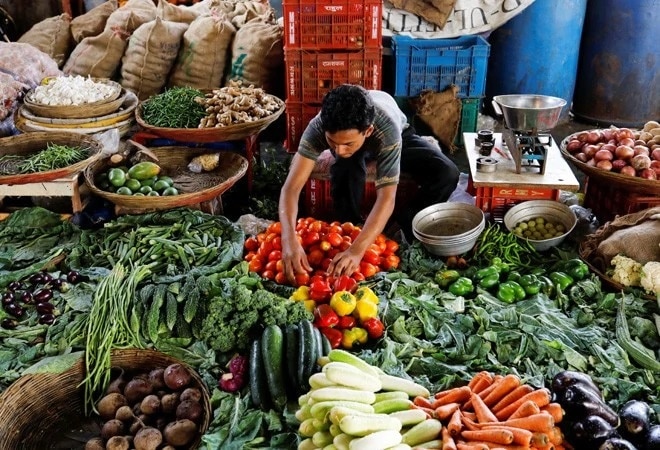 India's consumer price inflation could breach 7 per cent in August

India's consumer price inflation, which rose to 6.93 per cent in July and could breach 7 per cent in August, may force the Reserve Bank of India to hold rates in the monetary policy review next month, according to economists at State Bank of India. As per the latest SBI Ecowrap report, if the base effect is the primary reason for the rise, the inflation is likely to come down to below 4 per cent only after December.

The Consumer Price Index (CPI)-based inflation, also known as retail inflation, for August is scheduled to be released on Monday. The inflation rate spiked to 6.93 per cent in July owing to higher food prices, the government data showed. The CPI-based inflation remained above the RBI's medium-term target of 4 per cent for the tenth straight month in July.

"We expect August inflation numbers to be elevated at around 7 per cent or even higher and if the base effect is the primary reason, inflation could only come down to below 4 per cent possibly beyond December," the SBI report said.

However, it looks difficult to believe that supply disruptions caused by coronavirus-led lockdown would normalise against the huge upsurge in pandemic in rural areas which now poses an upside risk to inflation numbers.

Given the upside risk to inflation, SBI is less hopeful of any rate cut in current fiscal, at best 25 basis points, as MPC meeting in February next year would consider December inflation only.

The Reserve Bank of India, which mainly factors in retail inflation while arriving at its monetary policy, had kept the short-term lending rate unchanged to help tame inflation last month.

This would encourage predictable inflation targeting in the face of persistent negative shocks, and recently the US Federal Reserve also espoused such a conviction, it said.

IRCTC to run 80 special trains from September 12; here's how you can book tickets