CRISIL further stated that India is lagging behind the global average in vaccinating against COVID-19; only 5.5 doses have been administered per 100 people, against the world average of 8.3 doses 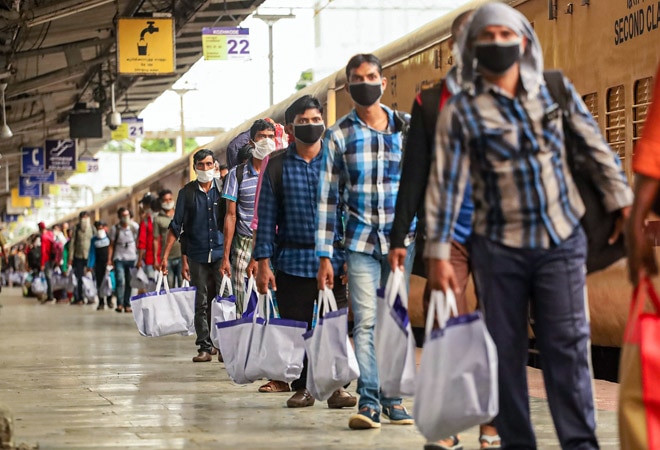 Mobility is expected to be hit with the second COVID-19 surge, says CRISIL

Even as the second wave of the coronavirus pandemic in India is spreading faster than the first one, mortality rate this time around is lower than the period when daily cases were at the same level in the country, noted ratings agency CRISIL. Even though the surge in cases was concentrated in a couple of states, it is slowly dispersing to other states too, the agency further stated.

"As of April 4, daily cases have crossed last year's peak, and continue to exceed recoveries (approximately 60,000), leading to increasing case load. The infection rate is faster this time around: cases increased by 52 per cent in the past week (March 29-April 4) from approximately 68,000 to 1,00,000, compared with a 9 per cent  growth around August when cases per day were around similar levels," CRISIL said in a report on Monday.

"While daily deaths have slowly begun to increase, incremental case fatality ratio (proportion of daily deaths to new cases) is low at around approximately 0.6 per cent (compared with last year when, with similar levels of cases, it was approximately 1.3 per cent), indicating that while the virus is spreading faster, the death toll is lower than last year," it further added.

On state-wise contribution to the COVID-19 caseload, CRISIL stated that cases continue to be concentrated in Maharashtra, which accounted for 54.5 per cent of the new cases in March 29-April 4 week. However, case concentration is slowly dispersing to other states too. Although Punjab (7.2 per cent), Chhattisgarh (7 per cent), Madhya Pradesh (5.2 per cent) and Gujarat (4.9 per cent) account for substantially lower share, they have seen the highest growth rate in new cases in that week, after Maharashtra.

"At the all-India level, mobility to retail and recreation spaces remained relatively unaffected ever since the surge in cases began in mid-February. However, mobility in more-affected states, particularly Maharashtra, is beginning to weaken. The fresh round of restrictions in Maharashtra will accentuate this," CRISIL stated.

CRISIL further stated that India is lagging behind the global average in vaccinating against COVID-19. As of April 4, 7.9 crore people have been vaccinated, which is six times the total infected, i.e. 1.2 crore. However, only 5.5 doses have been administered per 100 people, against the world average of 8.3 doses. The agency said that this figure is expected to improve with the next phase of vaccination covering people above 45 years of age.

COVID-19 new curbs: 50% of migrant workers in Pune plan to leave for hometowns