Police authorities have conducted identification of all houses, restaurants, shops and hotels on route near Taj Mahal to ensure maximum security; the couple is expected to spend around 45 minutes at Taj Mahal 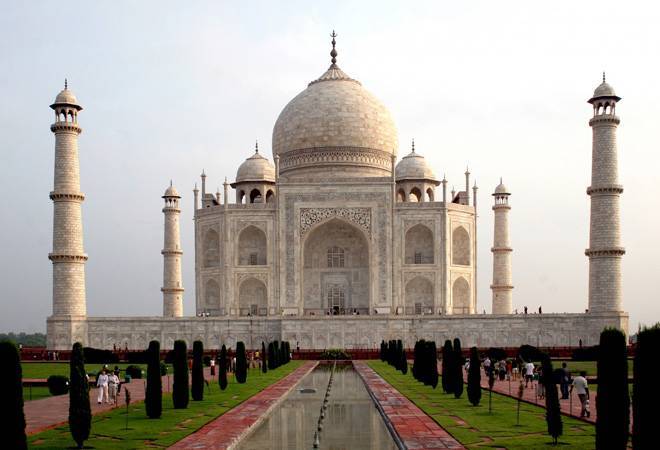 Taj Mahal will be closed for the general public from noon onwards during US President Donald Trump's visit to the iconic place on Monday. Police authorities have conducted identification of all houses, restaurants, shops and hotels on the route near Taj Mahal to ensure maximum security. The couple is expected to spend around 45 minutes there.

"Due to security reasons, Taj Mahal will be closed for public from 12 noon on the day when US President Donald Trump visits the monument. President Trump will visit Taj Mahal on February 24," Vasant Kumar Swarnkar, Superintendent Agra Division, Archaeological Survey of India (ASI) told ANI.

US President Donald Trump and First Lady of the US Melania Trump will be on an official two-day visit to India on February 24 and 25. Trump is the first serving US President to visit Gujarat. PM Modi will personally receive the couple in Ahmedabad on February 24.

President Trump will arrive at the Sardar Vallabhbhai Airport. A 22km long roadshow has been planned on Ahmedabad streets. The roadshow will stop for some time at the Sabarmati Ashram where both the heads of states will pay tributes to the Father of the Nation Mahatma Gandhi.

Both the leaders will also take part in the Namaste Trump event at the Sardar Vallabhbhai Patel Stadium. Approximately, 1.25 lakh people are expected to attend the event, which will feature cultural performances, including a performance by some Bollywood celebrities.

After the formal lunch hosted in Gujarat, the President and the First Lady will leave for Agra. After this, the couple will leave for Delhi. The US President and his delegation will meet the top businesspersons of India as part of a CEO roundtable, which will take place at the US Embassy.