US Defense Secretary Lloyd Austin is making the first visit by a top member of the Biden administration to Delhi, as part of efforts to forge an alliance of countries seeking to push back against China's assertiveness in the region 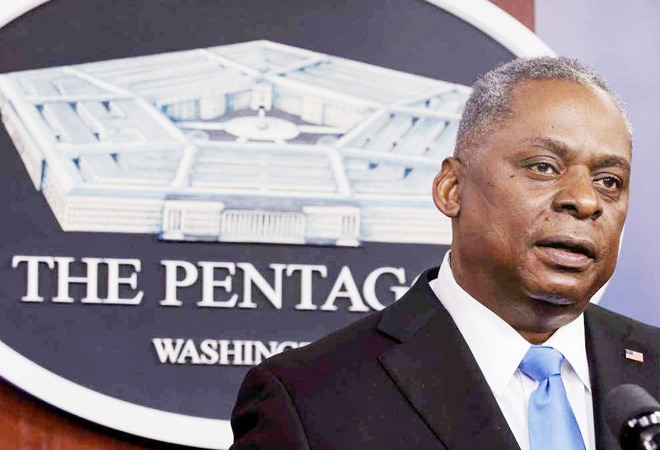 US Defense Secretary Lloyd Austin was urged by a senior senator to convey Washington's opposition to India's proposed purchase of Russian air defence systems as he headed to New Delhi on Friday for talks aimed at deepening security ties. Mr Austin is making the first visit by a top member of the Biden administration to Delhi, as part of efforts to forge an alliance of countries seeking to push back against China's assertiveness in the region.

The leaders of the United States, India, Australia and Japan - countries together known as the Quad - held a first summit last week pledging to work together for a free and open Indo-Pacific and to cooperate on maritime and cyber security in the face of challenges from China.

On Thursday, the deeply strained relations between the United States and China were on rare public display when their top diplomats levelled sharp rebukes of each others' policies in the first high-level, in-person talks of the Biden administration in Alaska. India drew closer to the United States following its own tensions with China on their disputed Himalayan border, where deadly clashes erupted last year. Washington has helped New Delhi, leasing surveillance drones and supplying cold-weather gear for Indian troops.

During Mr Austin's visit, the two sides will be discussing India's plan to purchase armed drones from the United States as well as a large order for over 150 combat jets for the air force and the navy to help narrow the gap with China, people with knowledge of the matter said.

One thorny issue expected to come up is India's planned purchase of Russian S-400 air defence systems which under US law can attract sanctions. Washington has imposed sanctions on Turkey for buying that equipment. The chairman of the US Senate Foreign Relations Committee, Bob Menendez, urged Mr Austin to make clear to India officials the Biden administration's opposition to deal.

"If India chooses to go forward with its purchase of the S-400, that act will clearly constitute a significant, and therefore sanctionable, transaction with the Russian defense sector under Section 231 of CAATSA," Mr Menendez said in a letter to Mr Austin, referring to the law called Countering America's Adversaries Through Sanctions Act.

"It will also limit India's ability to work with the US on development and procurement of sensitive military technology. I expect you to make all of these challenges clear in conversations with your Indian counterparts," he said. US firms Boeing and Lockheed are front runners for the multi-billion dollar combat jet deals. An Indian government official said no deals were likely to be announced during the visit and that the talks would cover regional and international security issues.

"The US and India are close security partners, we expect to have wide ranging discussion with the US side on how to further defence cooperation," the official said.