Vizag gas leak: The NHRC also issued a notice to the Director General of Police in Andhra Pradesh seeking information within four weeks about the FIRs lodged in the matter and the status of the investigation 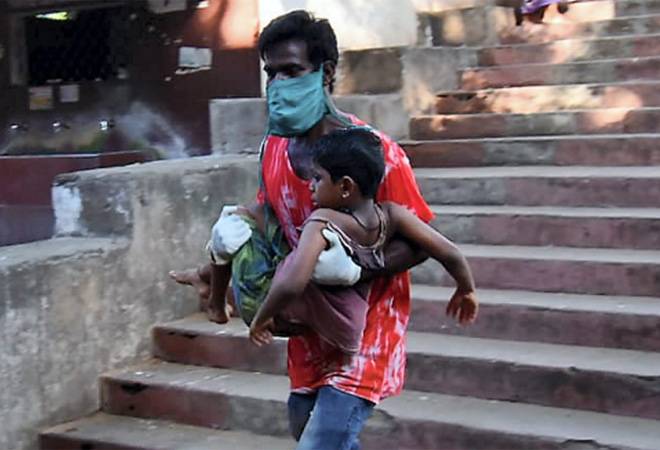 Vizag gas tragedy: The National Human Rights Commission (NHRC) has sent a notice to Andhra Pradesh government and the Central government over the Visakhapatnam gas leak tragedy that has claimed at least 11 lives so far and making hundreds of others sick. "Right to life of the victims has been grossly violated. At a time when human lives across the country are at stake due to the spread of Covid-19 virus and everyone is forced to stay indoors, the gruesome tragedy has come as a bolt from the blue for the people," the NHRC stated.

The commission acknowledged that so far there are no reports regarding human negligence but acquiesced that the deaths and sickness are gross violation of human rights. The NHRC has issued a notice to the Chief Secretary of the Andhra Pradesh government seeking a detailed report in the matter, including the status of the rescue operations, provision of medical treatment and rehabilitation of the affected families.

The NHRC also issued a notice to the Director General of Police in Andhra Pradesh seeking information within four weeks about the FIRs lodged in the matter and the status of the investigation. The commission has also brought the matter to the notice of the Corporate Affairs Ministry and has asked the Secretary to examine whether the norms and provisions of the law were followed at the industrial unit.

The commission has asked for the responses within four weeks.

The NHRC took suo motu cognisance of the Vizag gas leak after 11 people died and thousands fell sick due to the leakage of styrene gas from the chemical plant at LG Polymers Industry at RR Venkatapuram. Many people were also found lying unconscious on the road. The incident took place at 3:00 am on Thursday. The situation is being monitored and an evacuation drive is underway.