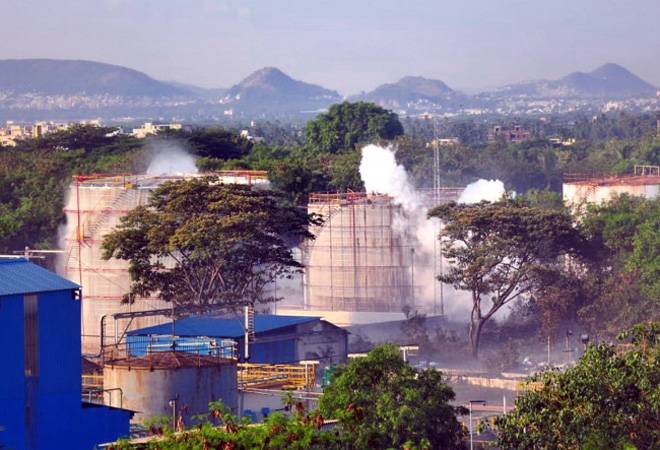 The chemical that leaked from the LG Chem plant in Vizag on Thursday is styrene. The chemical is a colourless derivative of benzene, another chemical, used to make latex, synthetic rubber and polystyrene resins.

Styrene is also used to make plastic packaging, disposable cups and containers, insulation, and other products. Styrene is also widely known as a carcinogen and can pose cancer risks. Acute (short-term) exposure to styrene can lead to eye irritation, and gastrointestinal effects.  Chronic (long-term) exposure to styrene in humans results in effects on the central nervous system (CNS) including headache, fatigue, weakness, depression, CNS dysfunction, hearing loss, and peripheral neuropathy, according to the US Environmental Protection Agency (EPA). Exposure to the gas can also lead to deaths.

The chemical leak from the industrial plant early this morning has caused deaths of 11 people so far. About 200 have been hospitalised.

LG Polymers India (LGPI)'s parent company South Korean chemical major LG Chem has said the gas leak is under control and investigations are on to assess the extent of damage and exact cause of the leak and death.

"The gas leak situation is now under control and we are exploring all ways to provide speedy treatment for those who suffer from inhaling the leaked gas and is investigating the extent of damage and exact cause of the leak and deaths," said LG Chem.

The company said it was assessing the extent of the damage on residents in the town and taking all necessary measures to protect residents and employees in collaboration with related government bodies.

Business Today tried to contact LG Polymers corporate office in Mumbai, but they did not respond.

An LG Polymers official at Visakhapatnam said they were not in a position to make comments on the cause of the leak at this point of time, as they were busy with rescue and damage control.

The factory was originally run by Hindustan Polymers, a company which started operations in 1961. The company manufactured Polystyrene and co-polymers.

The company is in the styrenics business and is a leading manufacturer of polystyrene and expandable polystyrene in India.

The company also makes Engineering Plastics Compounds (EPC), which are lighter and stronger than general plastics and is used as an industrial raw material for automobiles and electronic parts.