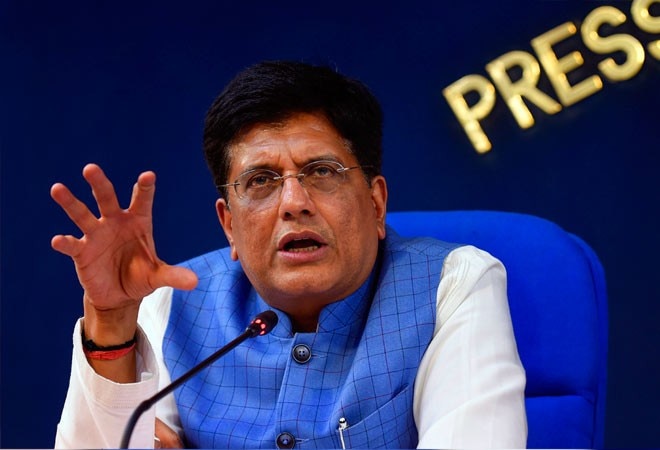 Commerce Minister Piyush Goyal assured that India and the United States needed to move to a new level of engagement with a lot more two-way play in strengthening defence and energy cooperation. Speaking at the "US-India Forum: Partners for Growth", Goyal said that India would offer something that the US couldn't refuse.

The Commerce Minister said that India and the US would formally begin negotiations over free trade agreements (FTA) after proper stakeholder consultation. He stated that FTA negotiations would not be hurried, but they would not be delayed for decades either. Referring to most of the recommendations jointly proposed by the Confederation of Indian Industry (CII) and US-India Business Council (USIBC) have already been covered.

ALSO READ:"I'll tell you exactly where to invest, and how to invest": Trump to India Inc

Goyal further said that the recent India visit of US President Donald Trump would take the ties between the two countries to a new level. Terming the reception that Donald Trump received in India a phenomenal event, the Minister said that the welcome accorded to the Trump showed the people-to-people relationship and the value that this relationship had amongst the people of two countries.

"It certainly demonstrates that both nations recognise the power that resides in each other. It speaks about the growing strategic ties of the two countries the field of defence, counterterrorism, energy, trade, etc., and so many different aspects. I think India and USA are natural allies and this visit will take us to that next level of engagement," Goyal said while addressing the US-India Forum.

When asked how important Donald Trump's visit to India was in terms of achieving the government's goal of becoming a $5 trillion economy, he said that the two countries had clear strategic and economic interests.

"On the strategic front, I think the partnership between the two countries will hold us in good stead as we move towards peace in this region. It is very important for economic growth," Goyal said.

He also said there was a huge business opportunity in the aviation space for companies of the United States citing big orders that US companies had recently received from Indian airlines.