Who is Christian Michel and what is the AgustaWestland chopper scam? 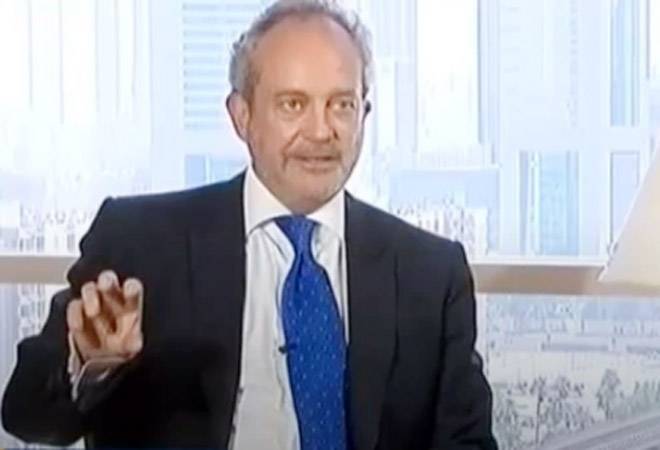 In what is being seen as a major political coup for the Modi government, Christian James Michel, the alleged middleman in the Rs 3,600-crore Choppergate scandal was extradited to India from Dubai last night and is expected to be presented in a special CBI court today.

Here's all you need to know about the man and the scandal he is linked to, which is India's biggest defence scam after Bofors.

Who is Christian James Michel?

The 57-year-old British national is an established arms dealer who allegedly helped AgustaWestland - owned by Italian defence company Finmeccanica (now Leornado) - to bag the February 2010 deal for 12 AW101 choppers, mainly meant for VVIP use. The Enforcement Directorate's charge sheet filed against Michel in June 2016 accused him of receiving 30 million euros or about Rs 225 crore from the helicopter manufacturer for bribing Indian bureaucrats, politicians and Indian Air Force officials.

His diaries, seized by the Italian police and later handed over to the CBI, reveal that he might have paid six million euros to Indian Air Force (IAF) officers, 8.4 million to bureaucrats in addition to 15-16 million to an unidentified political family.

The ED officials had previously told PTI that the kickbacks to Michel were paid through a web of companies located in India and overseas on the pretext of payment for consultancy work. He reportedly undertook 300 trips to India between 1997 and 2013.

According to India Today, the ED investigation found that Michel remitted part of the money he received from AgustaWestland to a media firm he floated in Delhi through his Dubai-based firm Global Services - one among a maze of shell companies that he had set up. The agency described the fund routing as "criminal activity".

Similar payments were allegedly made to various other companies, including Krishnom, a firm jointly owned by former IAF chief SP Tyagi, which received Rs 1 crore. Tyagi is accused of tweaking the contours of the contract to favour AgustaWestland ahead of the bidding process.

Incidentally, Michel is not the only middleman being probed in connection with Choppergate - the other two are Guido Haschke and Carlo Gerosa. By his own admission, Michel was arrested by the UAE authorities last year on a personal request made by Prime Minister Narendra Modi. "I was arrested in Dubai in February 2017 for the purpose of extradition after a personal request was made by the Indian prime minister to the rulers of the UAE who were attending the Republic Day parade in Delhi in January," Michel was quoted as saying in the Corruption Watch UK report. The Indian investigative agencies had been trying to secure his extradition ever since.

What was the AgustaWestland helicopter deal?

The Congress-led UPA government in February 2010 inked a deal to purchase 12 AW101 choppers for the IAF from AgustaWestland for Rs 3,600 crore. These choppers were primarily meant to be used for flying VVIPs like the President of India, the Prime Minister, and others.

At the time of the deal, India was using Russian helicopter Mi-8 for ferrying the top brass, which was long found to be obsolete in view of the changing threat perceptions. In fact, as far back as 1999, when Atal Bihari Vajpayee was the prime minister, the IAF had reportedly reviewed and recommended the purchase of new choppers.

So, tenders were first floated for new helicopters in 2002, but the eligibility criteria at the time meant only one player qualified for the bidding. After the Manmohan Singh government replaced the Vajpayee government in 2004, the new defence ministry put out new eligibility criteria for bidding, bringing down the flying altitude capability from 6,000 metre altitude to 4,500 metre. This expanded the pool of eligible bidders to three manufacturers and six years later AgustaWestland emerged the winner. Significantly, before Tyagi took over as the Air Force chief, the IAF had reportedly opposed purchasing AW101 choppers as they were not capable of flying in high-altitude areas like Siachen and Tiger Hill.

By 2012, three AW101 helicopters were delivered to the IAF but the following year the Italian police arrested Bruno Spagnolini, then AgustaWestland CEO, and Giuseppe Orsi, the former president of Finmeccanica, on charges of paying bribes to bag the deal with IAF. This led to the UPA regime first putting the deal on hold - keeping the received choppers in mothball status - while ordering a probe into the allegations, followed by the cancellation of the deal in January 2014 citing breach of contractual obligations. The Central Bureau of Investigation (CBI) has alleged there was an estimated loss of Euro 398.21 million (approximately Rs 2,666 crore) to the exchequer due to this scrapped deal.

Michel's alleged involvement as a middleman in the deal surfaced in 2012. However, he managed to escape. A fresh CBI charge sheet was finally filed against him and nine other accused in September last year and an open non-bailable arrest was subsequently issued against him. On the basis of this warrant, the Interpol issued a Red Corner Notice which finally led to his arrest in Dubai last February. India officially made the request to the Gulf nation for his extradition, based on the criminal investigations conducted in the case by the CBI and the ED, last March.  Michel has reportedly denied all the charges.

What's next for Michel?

The CBI took Michel into custody as soon as he landed at the Indira Gandhi International Airport last night. He will be produced before Special CBI Judge Arvind Kumar later in the day and the CBI is reportedly likely to request the court for extended custody to grill Michel.

Move over buses, you'll soon be able to take a helicopter from Mumbai to Pune