A senior public sector banker said that the numbers look reasonably good considering this is the limited period offer and a maiden one. 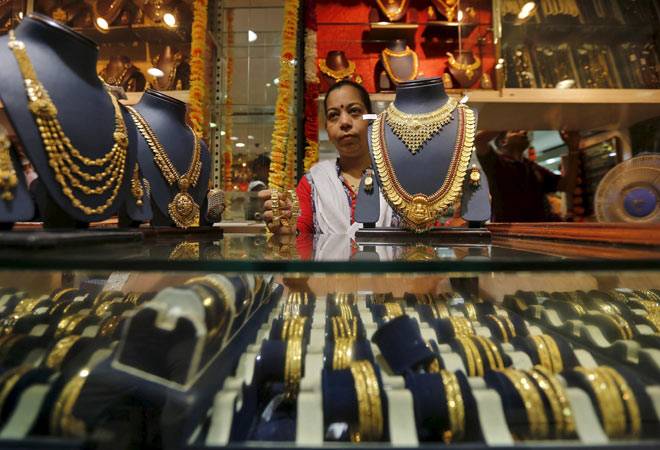 It has been reported that the monetisation has failed with only around 400 gm being deposited so far.Photo: Reuters

Bankers today expressed hope that the maiden gold bond scheme , launched by Prime Minister Narendra Modi earlier this month aimed at physical buying of the shiny metal, that closes on Friday, is likely to gross around Rs 150 crore.

"The scheme has already grossed up Rs 145 crore as of Thursday and we expect the scheme to end with Rs 150 crore by the end of the day on Friday," a senior public sector banker told PTI this evening.

The banker also said that the numbers look reasonably good considering that this is the limited period offer and that a maiden one.

The gold bonds scheme, which opened on November 5, will close on Friday, as per government notification.

On the other hand, it has been reported that the monetisation has failed with only around 400 gm being deposited so far.

It could be recalled that on November 5, Modi had launched two gold schemes - a mega gold monetisation scheme aimed at getting a large chunk of idling 20,000 tonnes of gold jewellery with households and temples worth Rs 52 trillion into bank vaults; and a gold bond scheme that offers 2.75 per cent interest to buyers, to curb its imports that have made the country the largest buyer of gold in the world.

The country imports a staggering 1,000 tonnes of gold every year, draining out foreign exchange and putting pressure on the fiscal deficit.

Modi had unveiled the maiden gold coin and bullion, bearing national emblem Ashok Chakra on one side and Mahatma Gandhi's image engraved on the other side.

The Sovereign Gold Bonds Scheme offers 2.75 per cent annual interest rate. Buyers will have to disclose their permanent account number and other KYC documents.