'Distressed' to see rioting in US Capitol, says PM Modi

Thousands of angry supporters of Trump storm the US Capitol in Washington DC. After violent clashes, many police officers injured and a person also shot dead inside the building 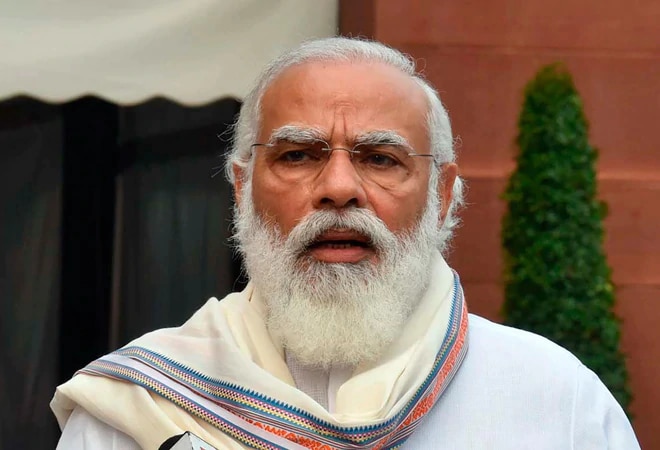 Prime Minister Narendra Modi has said he's "distressed to see news about rioting and violence in Washington DC". The Prime Minister said "orderly and peaceful transfer of power" must continue in any country. "The democratic process cannot be allowed to be subverted through unlawful protests," he added.

Distressed to see news about rioting and violence in Washington DC. Orderly and peaceful transfer of power must continue. The democratic process cannot be allowed to be subverted through unlawful protests.

In an unprecedented incident, thousands of angry supporters of President Donald Trump stormed the US Capitol in Washington DC and clashed with police, resulting in casualty and multiple injuries and interrupting a constitutional process to affirm Joe Biden's victory in the presidential election.

As hundreds of protesters barged into the Capitol Hill building on Wednesday, the police, which were outnumbered, faced tough time in dispersing the crowd amid violent clashes. Members of the Congress were going through the process of counting inside the building. Both the House and Senate and the entire Capitol were placed under a lockdown, news agency PTI reported.

To disperse the agitators, police released tear gas and urged US Congress members to get hold of the gas masks under their seats. After the violent clashes, many officers have been injured and a person was also shot dead inside the US Capitol.

US President Donald Trump earlier encouraged the protestors to march towards the Capitol Hill building. As the situation went out of hand, he later urged them to disperse and go back home. "I know you're hurt. We had an election that was stolen from us. It was a landslide election, and everyone knows it, especially the other side. But you have to go home. Now we have to have peace. We have to have law and order. We don't want anybody hurt," Trump said in a short video posted on Twitter.

President-elect Biden termed it a shocking incident and an "unprecedented assault" on democracy. "At this hour, our democracy's under unprecedented assault. Unlike anything we've seen in modern times. An assault on the citadel of liberty, the Capitol itself. An assault on the people's representatives and the Capitol Hill police, sworn to protect them. And the public servants who work at the heart of our Republic...," Biden said in an address to the nation.

Later, White House Press Secretary Kayleigh McEnany said Trump has directed the National Guard and other "federal protective services" to assist with responding to the rioters at the Capitol. Trump - who lost the popular and electoral college vote - continues to dispute the results.