From Apple to Honda: 9 top companies impacted by coronavirus outbreak

Companies have partially resumed operations in some of their facilities in China, whereas many factories still remain closed as the coronavirus epidemic continues to claim lives 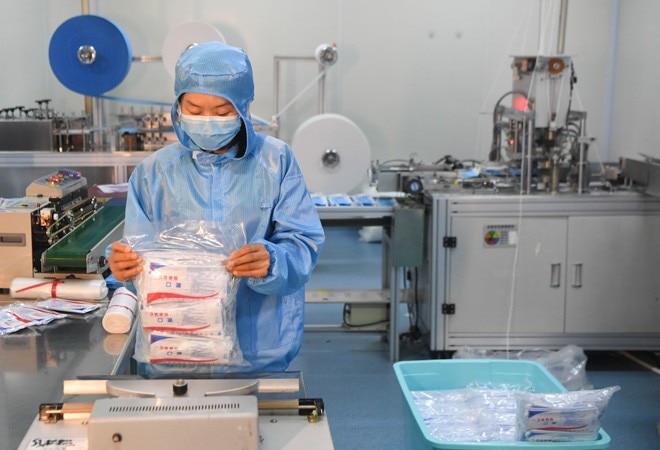 Even as China claims that the coronavirus pandemic is more or less under control now, its manufacturing sector still has a long road to recovery ahead of it. Companies are bracing for delays in production schedules as most of the factories remain closed, even after an extended Lunar New Year Holiday. There is a chance that Apple might have to delay the launch of its next generation of iPhone, whereas Tesla's Giga Shanghai facility is operating with limited workforce.

Several companies have partially opened some of their facilities in China, whereas others are waiting to resume operations after weeks of hold-up. Here's how the companies have suffered due to the coronavirus epidemic:

Foxconn's sprawling plant in Zhenghou, where half of world's iPhones are produced, resumed a part of its production on Tuesday. Foxconn is the biggest assembler of iPhones in the world. It also makes smartphones for Huawei, as well as Kindle e-book readers and Echo smart speakers for Amazon. It also supplies parts to HP, Dell and other major electronics brands. The company is also China's largest private employer. The company had shut down all operations in China at the beginning of February due to the coronavirus scare.

Tesla's ambitious Giga Shanghai facility based out of Shanghai partially resumed production on February 10, 2020, with limited workforce and assistance from government authorities. Instead of 100 shuttle buses that used to ferry workers to the factory on a usual day, only 40 buses are plying in and out of the Tesla facility.

In Tesla's quarterly investors call on January 29, 2020, CFO Zachary J Kirkhorn said: "At this point, we're expecting a 1 to 1.5 week delay in the ramp of Shanghai built Model 3 due to a government-required factory shutdown. This may slightly impact profitability for the quarter, but is limited as the profit contribution from Model 3 Shanghai remains in the early stages. We are also closely monitoring whether there will be interruptions in the supply chain for cars built in Fremont."

The first car rolled out of Tesla Gigafactory 3 in Shanghai on December 30, 2019. Since then, the factory is expected to maintain a production rate of 3,000 units per week and churn out 150,000 vehicles per year.

Apple is feeling the heat due to its dependence on Chinese manufacturing sector. In its investor update on February 17, 2020, the Cupertino tech giant clearly said that it does not expect to meet the revenue guidance for the March quarter. Apple reported 18 per cent of its revenue in March quarter last year from Greater China, and 15 per cent in quarter ended December 31, 2019.

Apple has given two reasons for this. First, worldwide iPhone supply has been temporarily constrained due to the coronavirus outbreak, adversely affecting its worldwide revenues. Second, demand for Apple products within China has been affected. All of our stores in China and many of our partner stores have been closed. Additionally, stores that are open have been operating at reduced hours and with very low customer traffic.

Volkswagen has opened only one out of its 15 assembly plants in China, as on February 13, 2020. The company has said that the rest would be opened gradually. As per Standard & Poor's, the German automobile major produces and sells over 40 per cent of its cars in the Chinese market.

Disney said that two of its theme parks in Shanghai and Hong Kong have been closed in the wake of coronavirus outbreak, and will remain closed until further notice. Disneyland in Hong Kong has been closed since January 26, whereas Shanghai Disney Resort stopped operations on January 25. The company is losing substantial revenue as this crisis has surfaced in the middle of tourist season. Disney estimates that at its Shanghai resort, closure will reduce operating income by $135 million in Q2, while at Hong Kong Disneyland it estimates the closure will lower operating income by $40 million.

Global aeronautics major Airbus recently said that it has been allowed by local authorities to restart operations at the Tianjin Final Assembly Line. "Airbus is constantly evaluating the situation and monitoring any potential knock on effects to production and deliveries and will try to mitigate via alternative plans where necessary," the company stated.

Japanese auto major Honda has revealed plans to restart production at its Wuhan facilities on February 24, after a delay of one week from its original plan. Honda has three plants in Wuhan, which is the epicentre of the coronavirus outbreak, with a capacity to produce 6 lakh units per year.

Toyota has partially resumed operations in coronavirus hit China from February 17, 2020. Toyota's factory in Guangzhou and Changchun resumed productions on Monday, two weeks later than it originally planned. Meanwhile, its facility at Tianjin has resumed production from Tuesday.

As coronavirus turns into a pandemic, Singapore Airlines said it has cancelled flights to destinations across its network on weak demand amid coronavirus. The airline and its regional carrier SilkAir will reduce flights to cities like London, New York, Tokyo, Sydney and Johannesburg from March to May. The airline said it will cancel 21 flights on the Singapore-London route in May alone.

Moreover, Singapore Airlines this month reduced flights to mainland China by suspending or cancelling routes to Chinese cities. The airline said it would fly directly to San Francisco without a stop in Hong Kong.