The UN health agency added that the B.1.617 variant, first found in India, had as of Tuesday been identified in more than 1,200 sequences uploaded on the GISAID open-access database "from at least 17 countries" 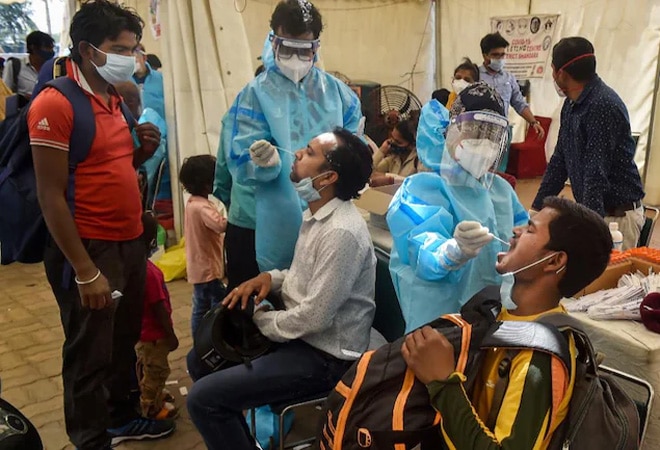 The COVID-19 variant dreaded to be contributing to the massive upsurge in the COVID-19 cases in India, has been detected in over a dozen countries, according to the World Health Organisation (WHO).

The UN health agency added that the B.1.617 variant, first found in India, had as of Tuesday been identified in more than 1,200 sequences uploaded on the GISAID open-access database "from at least 17 countries."

The WHO said in its weekly epidemiological update on the COVID-19 pandemic that "most sequences were uploaded from India, the United Kingdom, USA and Singapore."

Also Read: 39 vaccines to battle Covid-19 by December; 6 from India

The agency recently listed B.1.617, which tallies many sub-lineages with moderately different mutations and characteristics, as a "variant of interest." However, it baulked at declaring it a "variant of concern." India is witnessing a massive surge in fresh COVID-19 cases and deaths, with mounting fears that the variant could be contributing to the unfolding calamity.

The glut of infections in India has also driven a surge in global cases. The virus has now killed over 3.1 million people worldwide. The WHO has recognised that its initial modelling basis the sequences submitted to GISAID shows that "B.1.617 has a higher growth rate than other circulating variants in India, suggesting potential increased transmissibility."

The UN health agency emphasised that other variants circulating at the same time were also demonstrating increased transmissibility and that the combination "may be playing a role in the current resurgence in this country."

"Indeed, studies have highlighted that the spread of the second wave has been much faster than the first," the WHO said, underscoring that although "other drivers" could be contributing to the surge, comprising mass gatherings, and lax observance of public health measures.

"Further investigation is needed to understand the relative contribution of these factors," the agency said. The WHO also underlined that "further robust studies" into the attributes of B.1.617 and other variants, comprising impacts on transmissibility, risk, and severity of reinfection, were "urgently needed."

Also Read: COVID-19 situation in India 'beyond heartbreaking', doing everything we can: WHO chief