Dangal could emerge as one of the biggest hits of 2016, a year which has seen many records being set at the box office. Here are, so far, the top performing films at the box office this year

This Friday, Aamir Khan took Box office by storm with the release of his much-awaited film Dangal. Khan has been getting praises from the critics and the audience in equal measure.

The film could emerge as one of the biggest hits of 2016, a year which has seen many records being set at the box office. Here are, so far, the top performing films at the box office this year: With a massive opening on the first two days with Rs 73.74 crores. Salman Khan starrer Sultan, till now tops the chart. The film became Bollywood's fifth highest hit ever on the international box office after Dhoom 3 (Rs 542 crore), Baahubali (Rs 600 crore), Bajrangi Bhaijaan (Rs 626 crore) and PK (Rs 792 crore). With a budget of 90 crore, in just 12 days of its release, the film earned more than Rs 500 crore worldwide. It remains to be seen if Dangal which has earned 107 crore in just three days can beat Sultan. 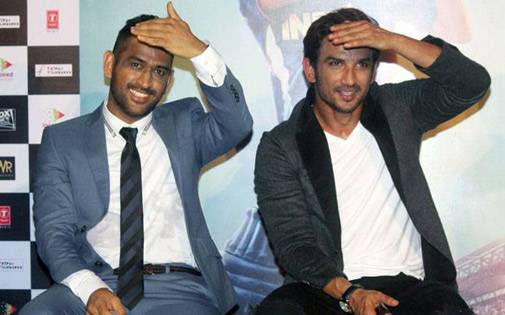 Directed by Neeraj Pandey, MS Dhoni: The Untold Story did a business of Rs 132.85, its worldwide earnings crossed Rs 200 crore in just 17 days. The biopic on cricketer MS Dhoni was made in total budget of Rs 104 crore. Based on the real-life conflict and bloodshed that took place 25 years ago in Kuwait, Akshay Kumar's Airlift collected amount worth of Rs 127.8 crore. The film got applauded by not just the audience but received thumbs up from the critics as well. The overall budget of the film was just Rs 30 crore. After donning a role of Ranjiv Katyal in Airlift, Akshay Kumar in his next flick acted as a navy officer, Rustom Powri. Made in a budget of Rs 40 crore, it failed to win appreciation from the experts but managed to enter into Bollywood's big '100-crore club'. The movie did a total business of Rs 127.13 crore. After a series of consecutive flop films Ranbeer Kapoor was back in business with Ae Dil Hai Mushkil. The film witnessed many controversies before its release. But after hitting almost 2500 screens across India, it did an opening business of Rs 13.30 crore. Directed by Karan Johar, the budget of Ae Dil Hai Mushkil was of Rs 72 Crore.