China was the only major country to post a growth in trade with India in the fiscal when the latter's overall trade declined over 13 per cent to $684.77 billion

With a bilateral trade of $86.4 billion in fiscal 2021, mainland China has emerged as India's largest trading partner, overtaking the US in the process and registering 5.53 per cent growth. 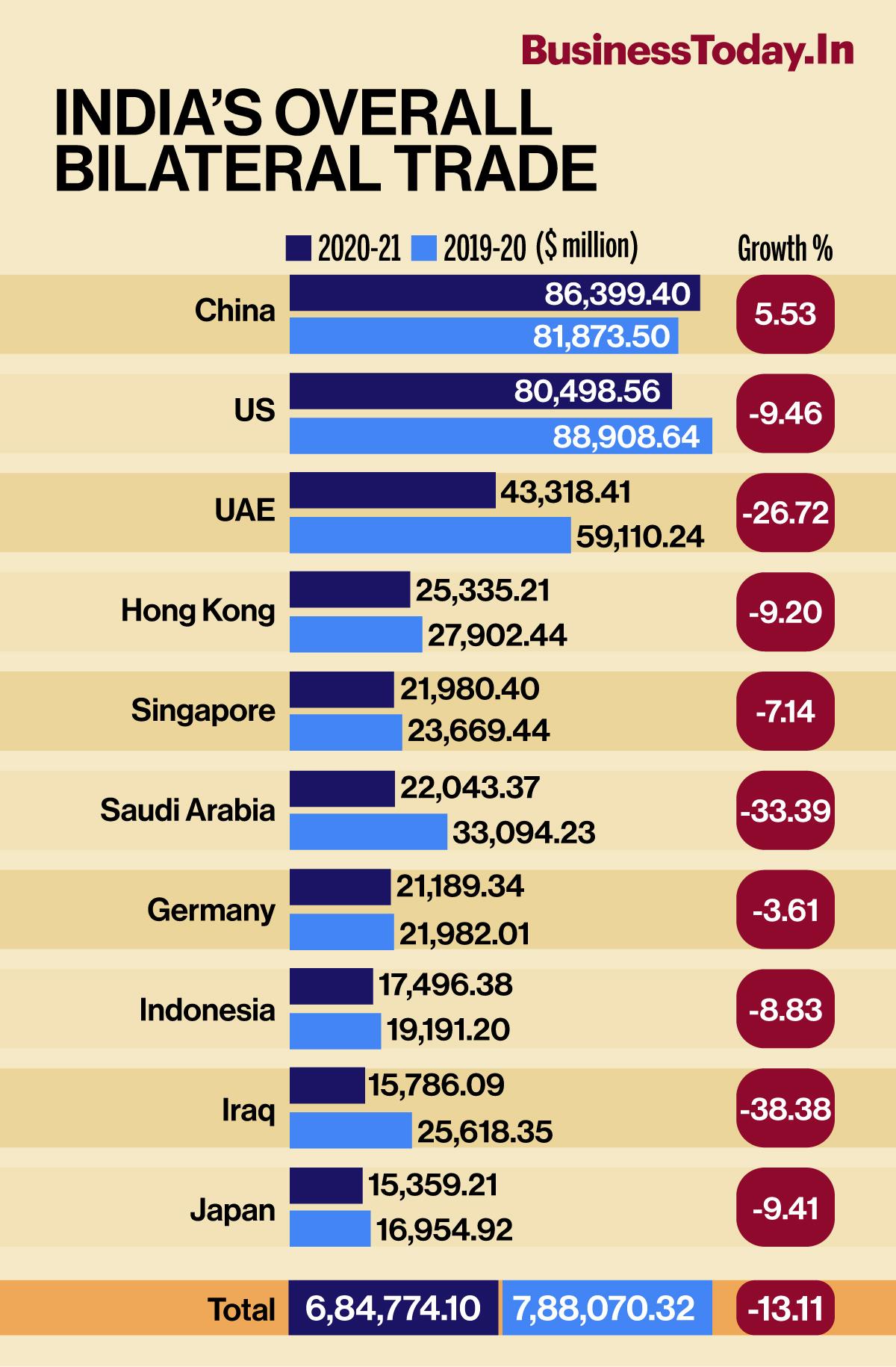 The relationship with China remains skewed in favour of the dragon, even though trade deficit has come down. China is by far India's biggest source of imports at over $65 billion, registering a marginal decline of 0.07 per cent. In contrast, India's imports from US went down 19.4 per cent to $28.88 billion. Overall, imports decreased by more than 17 per cent to $393.6 billion.

In the aftermath of the standoff in Galwan last year, there was a shrill campaign in India to boycott Chinese products, but the continual high-import figures underline India's dependence on China in a number of sectors, especially electronics, plastic and chemicals. Trade organisations like the Confederation of All India Traders(CAIT) have been campaigning against Chinese goods, vowing to boycott as many as 3,000 items that are usually imported from the country. It has even set a target of reducing imports from China by as much as $13.3 billion by December this year. Based on trade data for fiscal 2021, it seems the campaign has not made any dent.

The US remains India's biggest export market at $51.62 billion, a decline of 2.76 per cent over fiscal 2020. While overall exports dipped 7 per cent to $291.16 billion, the biggest growth in exports was to China by over 27 per cent at $21.18 billion. It has brought down the trade deficit between the two countries to a little over $44 billion, the lowest level since fiscal 2016. "While the pandemic has flattened most economies around the world, China remains strong and has shown tremendous appetite for commodities and metals. They imported very high quantity of steel not only from India but other parts of the world too," said a government official.