Like urban migrant workers and small and marginal farmers, prolonged lockdown makes Indian Muslims very vulnerable, not only because they depend more on informal economy, their employment and livelihood deprivations are already worse than those of STs and SCs

The 40-day socio-economic lockdown is more likely to knock the bottom out of Indian economy largely dependent on informal establishments and informal workforce. If 93% of the total workforce is informal, as the Economic Survey of 2018-19 said, this would mean a proportionate population is dependent on their income which is hit hard due to lockdown, enfeebling demand even further.

No less than the International Monetary Fund (IMF), the champion of a market-driven economy, has come around to realise that "the poor and the middle class" are "the main engines of growth". 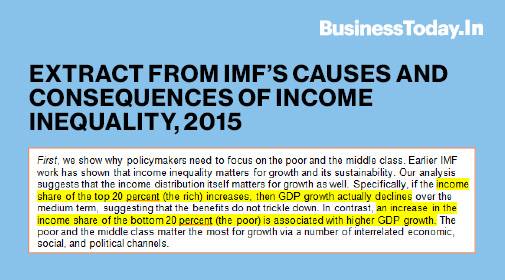 This would mean that India needs to take better care of its urban migrants, most of whom seem to have lost their jobs, shelter and food and the rural landless and small or marginal farmers who are finding it difficult to harvest or sell their produce due to the lockdown.

Mandis are dysfunctional and so are procurement and rural job guarantee scheme (MGNREGS), deepening the crisis for the bottom pile of India's economy.

While the plight of these segments of the informal economy has attracted public attention, however inadequate or ineffective, there is one more group that is equally vulnerable but remains completely below the radar, the Muslims.

The Muslims are the largest minority community with a 12.7% share of the population, relying far more on the informal economy than any other socio-religious or religious groups, including the Scheduled Castes (SCs) and Scheduled Tribes (STs), as official data demonstrates and yet, their plight remains unnoticed and unaddressed.

Employment and livelihood deprivation of Muslims

The Periodic Labour Force Survey (PLFS) of 2017-18 released in 2019 shows that the Muslims have the lowest share in labour market among the major religious groups. A comparison with the SCs and STs demonstrates that the Muslims are worse off than those too. Two caveats are in order here: (i) such comparison can be made because the Muslims don't have SC and ST (very negligible) population; identified as they officially are as either belonging to 'general' category or other backward castes (OBCs) and (ii) such comparisons have been made by official committees in the past, the last one being the Post Sachar Evaluation Committee (PSEC) which submitted its report in September 2014.

What both the above graphs mean is that the Muslims are worse off in the labour market than any other socio-religious or religious group. That makes them more vulnerable than the rest.

This is not a new phenomenon.

In rural areas, the Muslims' WPR is lowest for all survey periods among the major religious groups. The same is true in urban areas too. The PSEC report of 2014, which mapped social, economic and educational progress of the Muslims since the Sachar Committee report of 2006, pointed at three main factors in its 2014 report: (a) relatively lower levels of education (b) absence of job reservations and (c) lowest level of women's participation in the labour force (FLFP) both in rural and urban areas vis-a-vis other major religious groups.

The PSEC of 2014 collated socio-economic indicators for socio-religious groups from the NSSO surveys of 2004-05, 2009-19 and 2011-12 and showed that the Muslims had a higher share of informal jobs (self-employed), both in rural and urban areas and that a large number of urban households had shifted to lower productive (informal) employment. Prof. Amitabh Kundu of the Jawaharlal Nehru University (JNU), who headed this committee, explains, in rural areas, the Muslim women's participation in the workforce is very low (lowest among all socio-religious and religious groups), most Muslims are landless and depend on crafts and trade. In urban areas, they depend on self-employment (carpenters, masons, etc.) and very few of them are in government jobs or employed in large industries or high-skilled organised sector jobs.

When it comes to consumption expenditure (another measure of economic status), his report says that in rural areas the Muslims have had a higher per capita expenditure than ST Hindus and SCs for the previous two decades because (i) they are outside agriculture and (ii) more dependent on small manufacturing and services activities that fetch higher than agricultural wages.

In urban areas, their consumption level is the lowest, lower than that of the SCs and STs.

Muslims also have a high percentage of the poor.

The PSEC of 2014 did a comparative study of socio-religious groups for rural and urban areas using data from the NSSO surveys of 2004-05 and 2011-12. The findings are plotted in the following graphs.

In rural areas, the Hindu STs were found to have the highest percentage of poor population, followed by Hindu SCs and Muslim OBCs. The PLFS of 2017-18 discontinued the practice of publishing a separate and detailed report for the religious groups and hence such a comparison can't be made now.

PC Mohanan, who was chairman of the National Statistical Commission (NSC) when this survey report was cleared for publication in 2019, says a conscious decision was taken to limit the publication of only employment-related data, not other socio-economic indicators. However, that data is available to researchers.

As a member of the PSEC of 2014 himself, Mohanan had recommended the need for more disaggregated data for socio-religious groups than what was available from the NSSO surveys of 2004-05, 2009-10 and 2011-12. That was because he felt more data was needed for properly addressing the problems associated with various religious minorities, including Muslims.

Now even less data is being made available in public (from the 2017-18 survey).

Threat of further marginalisation of Muslims

Recently, several instances of religious discrimination and further marginalisation of the Muslims have come to notice.

Media reports show many cases of vegetable vendors being asked to establish their religious identity, including by demanding their Aadhaar cards, and those found to be Muslims being forbidden to do business in Hindu areas. In others, Muslim women are being refused groceries because of their religion and street vendors carrying religious flags marking their religious segregation.

Such incidents are not restricted to private domains.

A government hospital of a state refused to admit a pregnant woman for being a Muslim, leading to delivery of the child in an ambulance and subsequent death of the child due to lack of medical attention. An inquiry is in progress. Another government hospital in a different state is accused of separating wards on religion lines for treating COVID-19 cases.

These instances may seem disparate and isolated ones confined to some states, but the grave danger they pose to India's growth and development prospects is huge, nevertheless.

Here is a multi-disciplinary global study spanning 109 countries over a period of 100 years that show religious discrimination is bad for the economic health of a country.

This study, 'Religious change preceded economic change in the 20th century', published in July 2018 by the researchers from Universities of Bristol (UK) and Tennessee (US), found that economic growth comes after secular polity, not the other way round.

The following graph, taken from this study, demonstrates the secularisation graph leading the development graph (GDP). The inference is clear. Religious discrimination has the potential to de-rail far more than just social harmony and democratic order of a country.