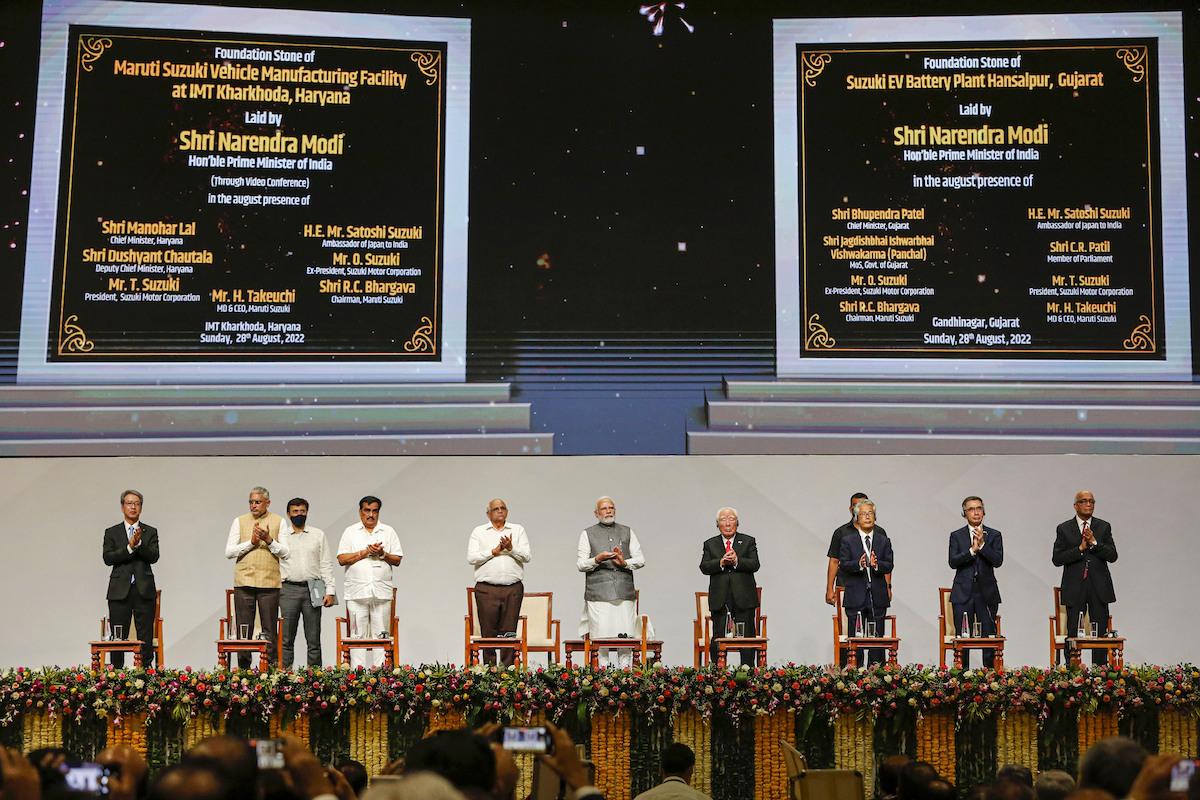 Suzuki Motor Gujarat Electric Vehicle Battery Manufacturing Facility will be set up with around Rs 7,300 crore worth of investment to manufacture batteries for Electric Vehicles (EVs). The facility’s vehicle manufacturing capacity will be Rs 10 lakh vehicles annually. The first phase of the project will be set up with an investment of over Rs 11,000 crore.

During the event, Modi said: “The success of Maruti-Suzuki also signifies the strong India-Japan partnership. In the last eight years, these relations between our two countries have reached new heights. Today, from the bullet train in Gujarat-Maharashtra to the Rudraksh centre in Banaras in UP, many development projects are examples of India-Japan friendship.”

PM also remembered Japan’s former Prime Minister Late Shinzo Abe and said: “…when it comes to this friendship, every Indian definitely remembers our friend, former Prime Minister Late Shinzo Abe.” Modi, while recalling when Abe came to Gujarat, said that it was fondly remembered by the people of Gujarat. “Today PM Kishida is taking forward the efforts he made to bring our countries closer”, he added.

Bhargava said Maruti Suzuki will start manufacturing EVs in Gujarat in 2035. While talking about the Maruti Suzuki and Suzuki Japan’s partnership in the country, he said “This partnership has shown that the combination of Japanese and Indian strengths results in world-class competitiveness. …98% of our workers pay income tax, and a large percentage own cars and houses. We understood the critical role of a robust and competitive supply chain.”

Japanese PM lauded the management of Suzuki for recognising the potential of the Indian market and said, “I consider that we owe this success to the understanding and support of the people and government of India. Recently, Indian economic growth has been further accelerating due to various assistance measures for the manufacturing sector guided by the strong leadership of Prime Minister Modi.”

Kishida informed that many other Japanese companies have expressed their interest to invest in India and also underlined the importance of this year as India and Japan mark 70 years of their relationship.

Suzuki Motor’s president, while highlighting India’s importance for Suzuki Group, said, “In the last fiscal, Suzuki Group produced about 28 lac automobiles all over the world. Out of those, more than 16 lac units, or about 60 per cent, were produced in India. Also, exports from India reached a highest ever record of about 2.4 lac units last year. Today, India plays a significant role as a global automobile production hub in Suzuki Group.”

Suzuki also announced the launch of a new company, Suzuki R&D Center India, wholly owned by Suzuki Japan. He said the new company aims to “strengthen our R&D competitiveness and capabilities in new fields of technologies not only for India but also for the global markets. Furthermore, we will strengthen our ties with Indian academic institutes and start-ups to develop diverse human resources.”