Prior to this, petrol and diesel rates were hiked on September 30 (Thursday) and September 28 (Tuesday)

Petrol and diesel continue to remain exorbitantly priced in Rajasthan’s Sri Ganganagar district, located near the India-Pakistan border. A litre of petrol costs Rs 113.82 per litre and diesel is available at Rs 103.99 per litre in this district. 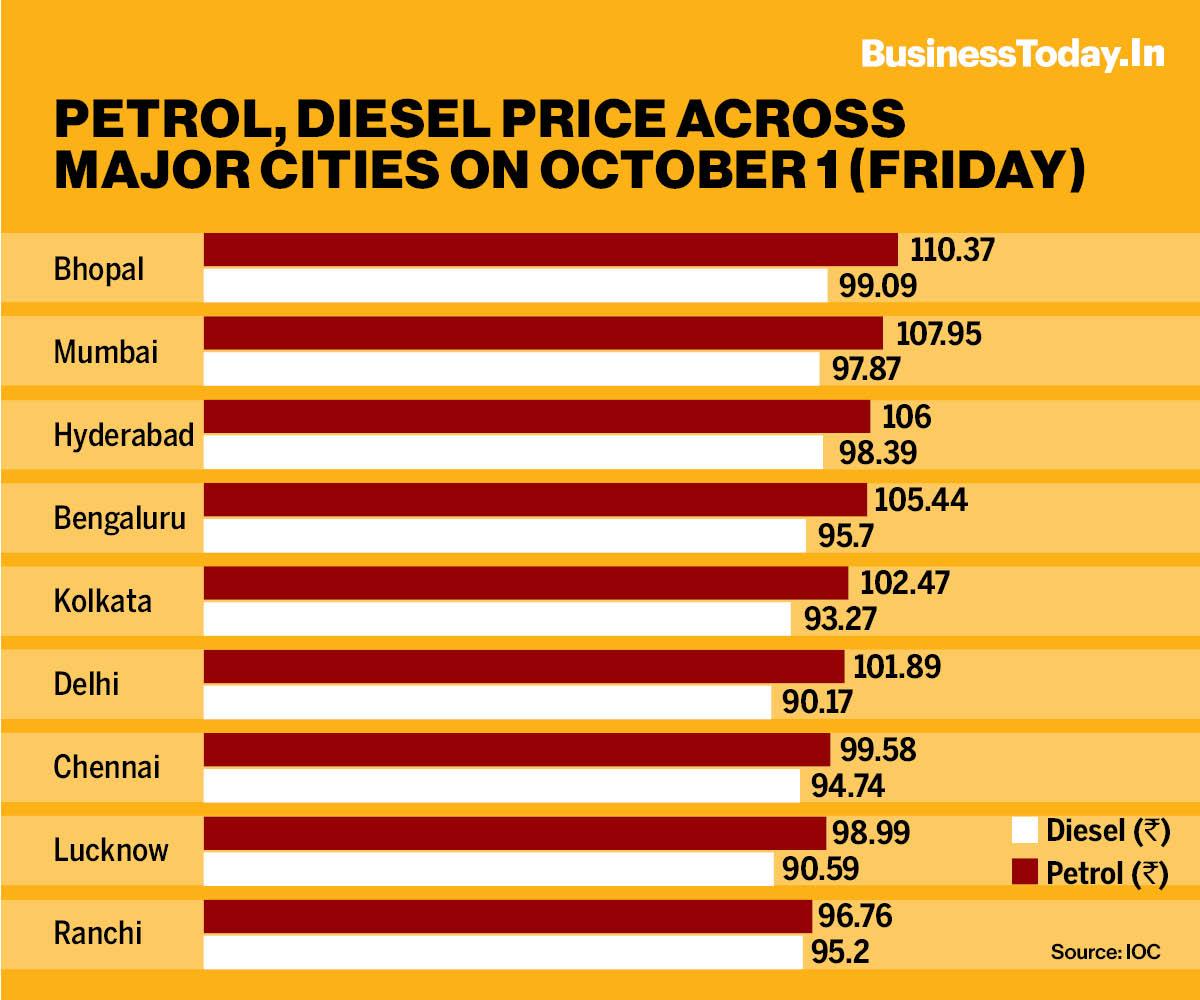 Oil prices plummeted on Friday on prospects of the OPEC+ supplier alliance stepping up a planned increase in output to quell supply concerns. Brent crude futures fell 7 cents or 0.1 per cent to $78.24 per barrel while US West Texas Intermediate (WTI) crude futures slipped 5 cents to $74.98 per barrel, Reuters reported.