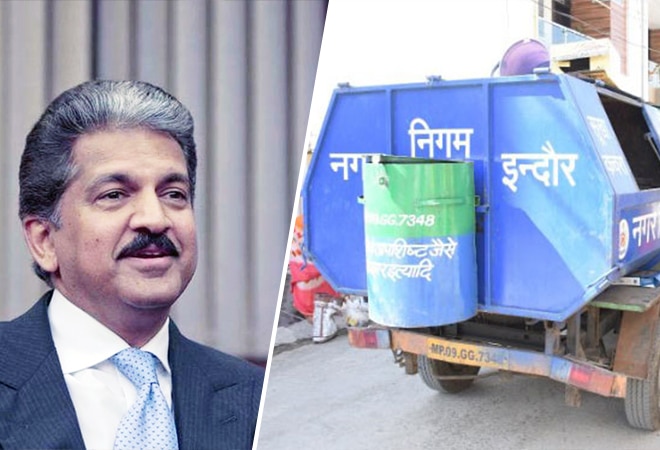 Anand Mahindra on Friday commended the city of Indore on Twitter for establishing innovative waste management practices. In a tweet, Mahindra praised the city for adopting waste segregation at source to a six-bin system and called it a "remarkable step".

According to Mahindra, the waste segregation to a six-bin system will "pave the way for zero landfills in the coming years".

Indore is continuously establishing innovative waste management practices. This year they’ve taken waste segregation at source to a 6 bin system, a remarkable step. This will pave the way for zero landfill in the coming years...which will be an incredible milestone! (1/2) pic.twitter.com/fAgWECMRYs

Presently all the fruit and vegetable waste generated at Choitram Mandi is being collected and processed in the Bio CNG plant. Approximately 800 kg of purified and compressed Bio CNG having 95 per cent pure methane gas is generated on daily basis. The pressurised Bio-CNG gas is used as a fuel to operate approximately 15 city buses.

We also take pride in our continued association with Indore city and our contribution to the cleanliness of the city with our waste-to-Bio CNG plant at Choitram Mandi. (2/2) pic.twitter.com/lcy3NHjN0m

Indore has bagged the cleanest city of India award-- the Swachh Survekshan award-- for four years in a row.

According to smartcityindore.org portal, the door-to-door collection in Indore is done through the use of partitioned vehicles. There are three separate collection bins for wet, dry and domestic hazardous waste in each tipper. These tippers carry the waste from households to the transfer station, from where the waste is transported to the trenching ground in hook loaders. The city has been divided into 85 Wards and 19 Zones as the operational area for Solid Waste Management (SWM).