This (their exists) will reaffirm our commitment to academic autonomy and freedom, which have always been at core of Ashoka University ideals, institution says in a statement 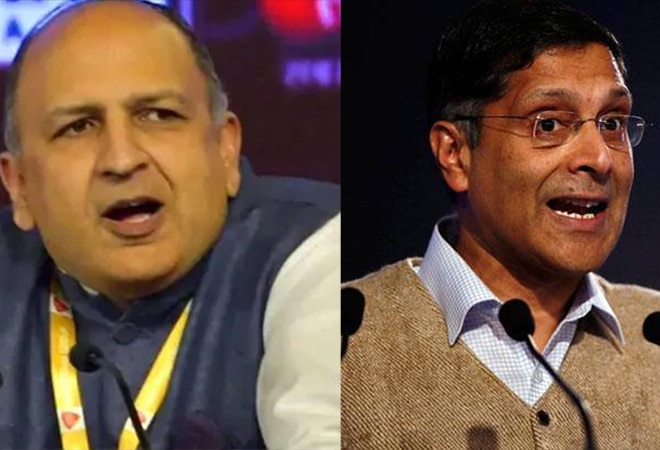 Acknowledging "lapses in institutional processes" about recent episodes of the exits of political commentator Pratam Bhani Mehta and economist Arvind Subramanian, Ashoka University has expressed "deep regret". Mehta has also written a letter to his students not to press for his return, saying the current circumstances that led to his resignation in the first place will not change soon.

The private university became a centre of controversy this week as Mehta, who resigned as its vice-chancellor two years back, stepped down as a university professor on Tuesday. His abrupt resignation followed noted economist Arvind Subramanian's exit two days later. "We acknowledge that there have been some lapses in institutional processes which we will work to rectify in consultation with all stakeholders. This will reaffirm our commitment to academic autonomy and freedom which have always been at the core of the Ashoka University ideals," the institution said in a statement.

"Ashoka has been privileged to have been led, guided and counselled by Pratap first as Vice-Chancellor and then as senior faculty. Subramanian brought eminence, stature, fresh ideas and energy to the university and his exit leaves a void that will be hard to fill," it added.

The statement has been jointly issued by the university chancellor, vice-chancellor and the chairman of the Board of Trustees, along with Mehta and Subramanian.

"Pratap and Arvind would like to emphasise that Ashoka University is one of the most important projects in Indian higher education. They are sad to be leaving Ashoka, especially its outstanding students and faculty. They continue to believe strongly that Ashoka University should embody a liberal vision and commitment to academic freedom and autonomy," it read.

The students have called for a two-day boycott of classes from Monday in protest over the developments. In his letter to students, Mehta said he wants to close the chapter and urged students to not press for his return. "The underlying circumstances that led to the resignation will not change for the foreseeable future, in my case, at any rate. So I must close this chapter. I urge you not to press on this matter. I know you will be disappointed. But if I may exercise one last bit of professorial discretion: your mission is larger than the fate of two Professors," Mehta's letter said.

As per former RBI governor Raghuram Rajan, Prof Mehta's resignation came in the middle of the teaching quarter and was so sudden that he pleaded in his resignation letter with the university to make arrangements for his driver, who would otherwise be left jobless. "It is unlikely that such a resignation was premeditated," he said.

In his LinkedIn post, Rajan, who's now a professor at The University of Chicago Booth School of Business, has said with their exit, "free speech" suffered a "grievous blow" in India. "Free speech is the soul of a great university. By compromising on it, the founders have bartered away its soul," the former Reserve Bank of India chief has said.

He said Prof Mehta is a "thorn" in the side of the establishment and no ordinary thorn because he "skewers" those in government and in high offices like the Supreme Court with "vivid prose" and thought-provoking arguments. "It is not that he has much sympathy for the opposition either. As a true academic, he is an equal opportunity critic. Apart from Rajan, personalities from global intelligence like Milan Vaishnav and Martha C Nussbaum have criticised Mehta and Subramanian's exits.