Ayushmann Khurrana shares the honour with Prime Minister Narendra Modi, who has also been named in the Time's 100 most influential people list this year 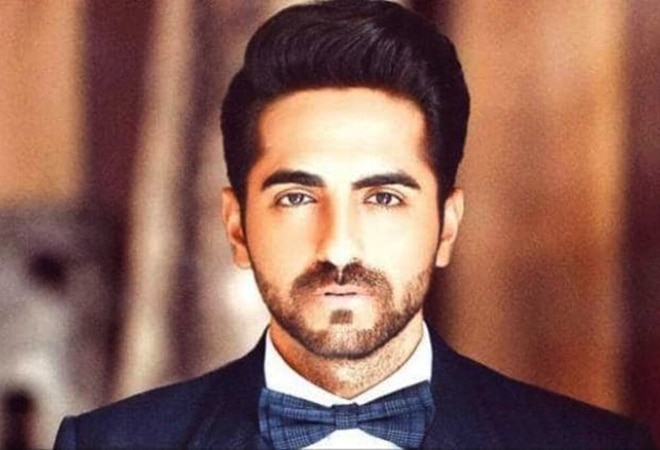 Actor Ayushmann Khurrana has been named among world's 100 most influential people by Time Magazine. He is the only Indian actor to have made it to the coveted list this year.

Sharing the news on Instagram, Ayushmann said that he was "honoured" to be a part of the group. The actor shares the honour with Prime Minister Narendra Modi, who has also been named in the list.

"TIME's list of the 100 Most Influential People in the world is out, I'm honored to be a part of dis group: time.com/time100 @TIME #TIME100," Ayushmann wrote on Instagram."

TIME's list of the 100 Most Influential People in the world is out, I'm honored to be a part of this group: time.com/time100 @TIME #TIME100

Congratulatory messages came pouring in for the 36-year-old actor within minutes of sharing the post. Shilpa Shetty, Badshah, Bhumi Pednekar were among his industry colleagues and friends who took to social media to laud Ayushmann for achieving the feat.

Praising the Article 15 actor for taking up unconventional roles, Deepika Padukone wrote a note for him in the magazine. She lauded Ayushmann for playing male protagonist roles without falling into the trap of "stereotypical masculinity".

Recalling her first meeting with him, Deepika wrote "I remember Ayushmann Khurrana vividly from his debut film, Vicky Donor. He had, of course, been a part of the entertainment industry in various other ways for several years before that, but the reason you and I talk about him today is because of the impact he has been able to create through memorable films and iconic characters."

She further added, "Where male protagonist roles often fall into the trap of stereotypical masculinity, Ayushmann has successfully and convincingly transformed into characters who challenge those very stereotypes."

Hailing Ayushmann for realising his dream with his sheer hard work and persistence, Deepika wrote, "In India, with a population of more than 1.3 billion, only a tiny percentage of people see their dreams come alive, and Ayushmann Khurrana is one of them. You're probably wondering, How? Talent and hard work. Sure, that goes without saying. But more important, patience, perseverance and fearlessness. A little insight for those who dare to dream (sic)."

Ayushmann is the youngest Indian to be featured in this year's TIME Magazine. He started his career as a radio jockey (RJ) and rose to fame on TV by taking part in and hosting several reality shows.

Ayushmann made his Bollywood debut with Shoojit Sircar's Vicky Donor (2012) and went on to become an actor known for doing out-of-the-box movies that don't depict the stereotypical narrative of Indian men.

The actor has carved a niche for himself in the industry with films like Bala, Dum Laga Ke Haisha, Article 15, Andhadhun, and Shubh Mangal Zyada Saavdhan under his belt.

Pakistan must take sustained, irreversible action against terrorism: US