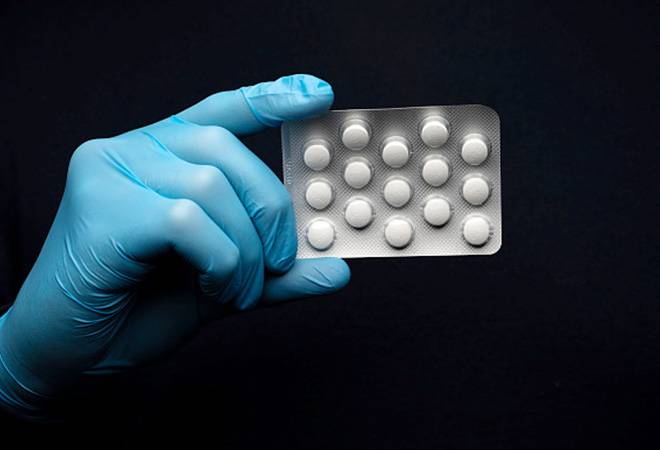 Rising global demand for anti-malarial drug Hydroxychloroquine for treatment of coronavirus patients has turned the attention to India which supplies 80-85 per cent of the drug's global demand. India recently agreed to export HCQ to the US and Brazil after requests from their Presidents. But with cases spiking in India, the question remains if India produces enough to meet exports without compromising on domestic needs.

To begin with, India currently produces 10 metric tonnes (MT) that is estimated to be increased to 40 MT by the end of the month. Indian pharmaceutical companies are raising production capacity further to meet the demand for Hydroxychloroquine. By next month, the production is set to rise to 70 MT.

When producing at peak capacity, India would be able to produce 35 crore of Hydroxychloroquine tablets of 200 mg every month. However, India's total demand is unlikely to exceed 10 crore tablets, for which the government has already placed order with manufacturers. Industry experts believe that 10 crore tablets can treat 7 crore people. However, only people who will be safe from the side-effects of Hydroxychloroquine will be given the drug to combat coronavirus.

The remaining 25 crore tablets are likely to be exported to other countries. As of now the US, Spain, Italy, France, Germany and some of India's neighbouring countries are seeking Hydroxychloroquine.

Zydus Cadila and Ipca Laboratories are the biggest Hydroxychloroquine manufacturers in India. Intas Pharmaceuticals, McW Healthcare of Indore, Macleods Pharmaceuticals, Cipla and Lupin are the other manufacturers who can produce the drug. But only Zydus and Ipca have backward integrated production capacity that allows them to convert key raw materials to intermediates and then finally to APIs that subsequently lead to the final formulations. The entire process is some 12-15 steps long.

The others will have to bank on API suppliers. Abbott India, Rusan Pharma, Mangalam Drugs, Unichem Remedies, Laurus Labs, Vijayasri Organics are the API suppliers of the drug. However, as China slowly moves towards normalcy, procuring the raw materials would not be difficult.

While the effectiveness of Hydroxychloroquine is still being tested, it is touted to put a curb on the spread of the virus and prevent it from entering cells. A report in China stated that the drug helped more than 100 patients with various degrees of illness across 10 hospitals. They were treated with various doses. Other researchers stated that cough, pneumonia and fever were treated faster in 31 patients who were given Hydroxychloroquine over 31 who were not given the drug. However, not everyone is onboard with this theory. And moreover, these results are yet to be reviewed.

Hydroxychloroquine is an anti-malarial drug and is also used for the treatment of immunological diseases like lupus and rheumatoid arthritis. Most global pharmaceutical manufacturers had stopped producing this drug as the demand for it was very low.

After India said that it would help countries in need with Hydroxychloroquine, US and Brazil Presidents thanked Prime Minister Narendra Modi. "Extraordinary times require even closer cooperation between friends. Thank you India and the Indian people for the decision on HCQ. Will not be forgotten! Thank you Prime Minister Modi for your strong leadership in helping not just India, but humanity, in this fight!" said President Trump.

Meanwhile, Brazilian President Jair Bolsonaro said: "We have more good news. As an outcome of my direct conversation with Prime Minister of India, we will receive, by Saturday, raw materials to continue our production of Hydroxychloroquine so that we can treat patients of COVID-19 as well as of Lupus, Malaria, and Arthritis. I thank Prime Minister Narendra Modi and the people of India for such timely help to the people of Brazil." 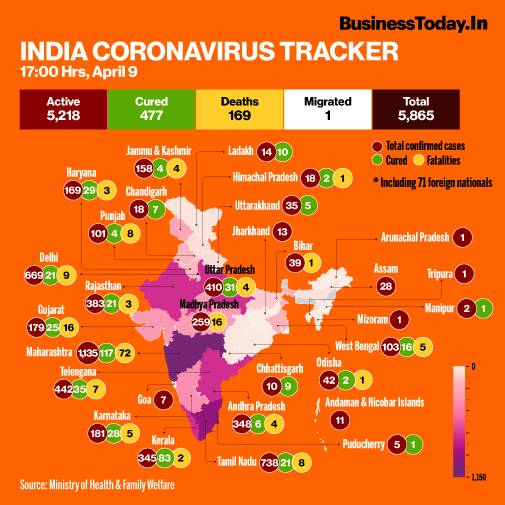 Coroanvirus: Andhra Pradesh takes over 58 hospitals, will get 19,000 beds for emergencies