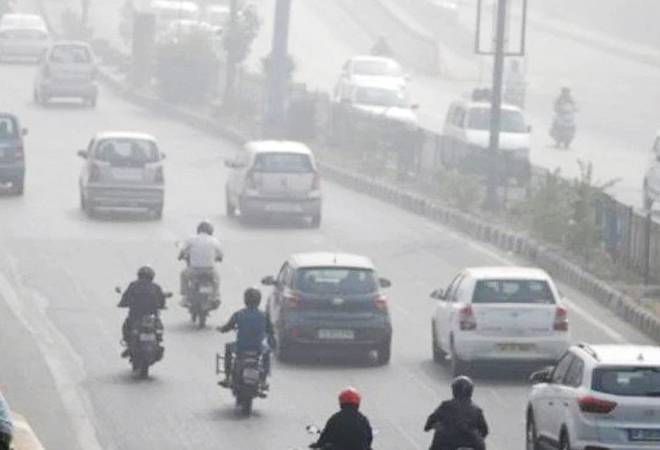 Odd-even rule in Delhi: The odd-even scheme that was introduced in the year 2016 is a road rationing system where vehicles with odd and even registration numbers (or number plates) are allowed to ply on Delhi roads on alternate days.

Odd-even rule in Delhi: Chief minister Arvind Kejriwal-led government's third edition of odd-even road rationing scheme will be back Delhi from November 4 (Monday). The rule will be in place till November 14. The odd-even scheme that was introduced in the year 2016 is a road rationing system where vehicles with odd and even registration numbers (or number plates) are allowed to ply on alternate days.

For instance, vehicles with odd registration numbers (e.g. 6781, 7863) will be allowed to ply on Delhi roads on odd days while vehicles with even numbers (e.g. 2238, 7400) would be permitted to run on even days of the month. CM Kejriwal-led Aam Aadmi Party (AAP) decided to bring the odd-even rule back in the national capital in view of deteriorating air quality in Delhi, particularly post Diwali.

The toxic smog has been taking a serious toll on the health of the residents. The Supreme Court-appointed Environment Pollution (Prevention and Control) Authority also recently declared a public health emergency in Delhi-NCR prohibiting all construction activities till November 5.

Meanwhile, CM Kejriwal said recently that no surge pricing will be levied on commuters by cab aggregators during the odd-even scheme duration in Delhi. The chief minister also confirmed staggered office hours for government offices during the road rationing rule's period- 9.30 am and 10.30 am.

1. Since the odd-even scheme is starting from November 4, therefore, cars with even numbers will be allowed on the road on this day. Next day, on November 5, cars with odd-numbers would be allowed on Delhi road. This will go on till November 14.

3. If anyone violates odd-even rule then a fine of Rs 4,000  would be charged. Earlier, the penalty was Rs 2,000 for the violation. The hike in penalty has been suggested by the Transport department as per the amended Motor Vehicle Act.

4. The odd-even scheme will be applicable in Delhi from 8 am to 8 pm, except on Sundays.

5. Exempted vehicles during odd-even scheme: Two Wheelers, Women drivers alone or with child up to 12 years of age, Private vehicles with school children in uniform (only during school timings), Vehicles with person/s with physical disabilities.

6.  The following will not be exempted from the odd-even scheme in Delhi:

7. Cab aggregators Ola and Uber have said that they will deactivate surge pricing during the 12-day odd-even road rationing scheme.

8. The Delhi government has said that it is going to hire 2,000 private buses to boost public transport system during the odd-even scheme. Currently, around 5,600 buses are run by DTC and DIMTS under Cluster scheme.

9. During odd-even rule in Delhi, the Delhi Metro Rail Corporation  (DMRC) will conduct 61 additional trips and a total of 5,100 trips through 294 trains.

10. Chief Minister Arvind Kejriwal has ordered staggered office timings at all Delhi government offices. The offices of various departments of the Delhi government will open at 9.30 AM and 10.30 AM, he said.