DU admission 2019 first cut-off list: The Delhi University (DU), the cut-off list will be announced most likely on June 28th 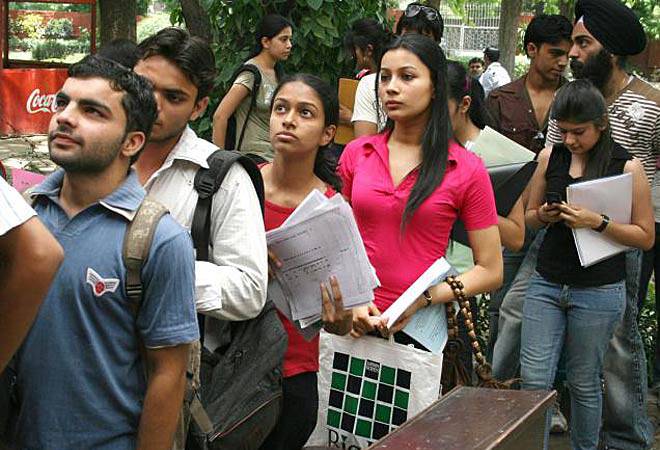 DU admission 2019 first cut-off list: Going by previous years' trends and percentage scored by students in Class 12th board exams this year, the cutoffs are expected to be some of the highest in the country.

The University of Delhi is likely to release its first-cut off list for admission to undergraduate courses on June 28, Friday. Earlier, the first cut-off list was planned to be out on June 22, 2019, however, after Delhi High Court's decision for extension of the registration process, the cut-off date was postponed. Now, as per the recent notification by the Delhi University (DU), the cut-off list will be announced most likely by tomorrow (Friday).

Going by previous years' trends and percentage scored by students in Class 12th board exams this year, the cutoffs are expected to be some of the highest in the country.

Here's the schedule of DU Cutoffs:

Lists of document candidates need to carry along for taking admission in Delhi University:

All the students who are taking admission should be present with above-mentioned documents in the college for verification (in case not verified online), following which the admission will be approved.

About payment of fee: After completing the verification process at the respective colleges, students will have to pay a fee to the college. A link to pay fees will be generated on the admission portal and candidate needs to pay the required college fees via net banking, credit card or debit card in a certain time frame. The student will be granted provisional admission to the college after paying the fees.

DU Cut off List 2019: Important dates of verification of the documents:

Recently, the St Stephen College, which is a constituent college of the University of Delhi, had released its own cut off list on June 25 for the undergraduate (UG) courses.

This year, the number of students applying for UG courses dropped down by 20,000 as compared to last year as per University reports. The reason for the drop is due to 'edit option' introduced in the application. This year, the University allowed applicants to edit and update the information without making any payment until the last day of the registration.