West Bengal Doctors' strike: Doctors across the country joins to support the doctors' protests in West Bengal; IMA has also calls for the withdrawal of non-essential health services on June 17 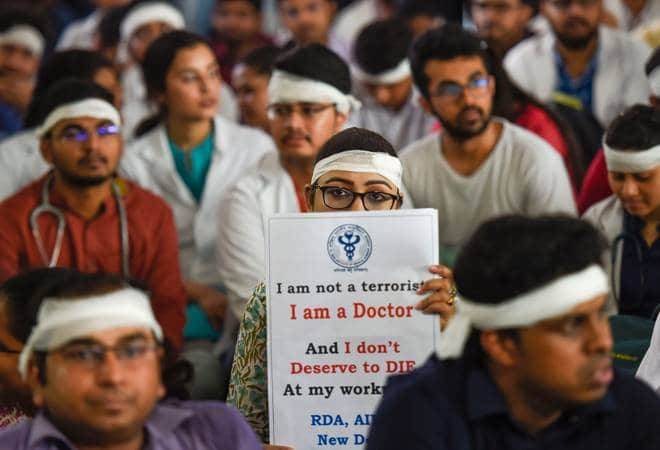 West Bengal Doctors' strike: After four days of protests across the state, doctors have demanded an unconditional apology from West Bengal Chief Minister Mamata Banerjee, setting several conditions for the withdrawal of their stir. The doctors in Kolkata launched state-wide protests after two junior doctors were beaten up by the family members of a patient at NRS Medical College and Hospital in Kolkata. "We want unconditional apology of Chief Minister Mamata Banerjee for the manner in which she had addressed us at the SSKM Hospital yesterday. She should not have said what she had," a spokesperson of the joint forum of junior doctors, Dr Arindam Dutta, said, reported India Today. Dutta was referring to a statement made by Banerjee during her visit to the hospital, where she warned the protesting doctors of a "strong action" if they didn't call off their strike. She also gave them a four-hour ultimatum and said "outsiders", supported by CPI (M) and BJP, had entered the medical college in order to create ruckus. Meanwhile, medical practitioners across the country are joining the protests, seeking better security at government hospitals.

Here are the top 10 developments that you need to know about the doctors' strike in West Bengal.