Gangster Vikas Dubey killed in encounter a day after arrest in MP; here's what happened

Police said as car overturned on highway that was slick with rain, the gangster tried to flee after snatching a gun from one of the cops.  During escape, shots were fired and accused was gunned down in an encounter, say cops 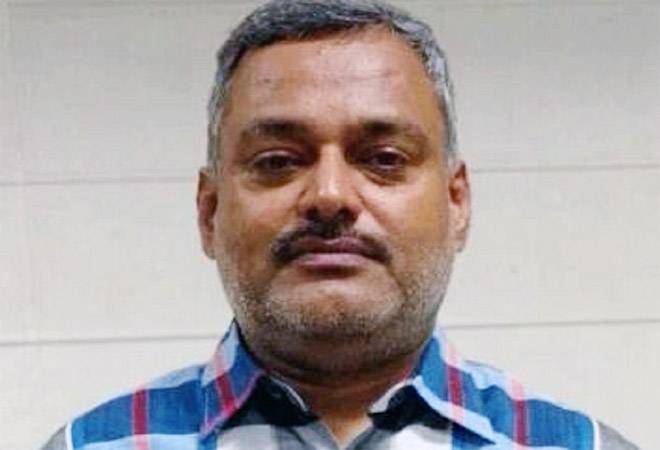 Gangster Vikay Dubey had over 60 cases registeredagainst him.

Gangster Vikay Dubey, who was arrested in Ujjain, MP, on Thursday, was killed in a police encounter on Friday when the vehicle in which he was taken to Kanpur overturned and he tried to flee, police have said. Four cops were also injured in the encounter, police have confirmed.

Police said as the car overturned on the highway that was slick with rain, the gangster tried to flee after snatching a gun from one of the cops.  During the escape, shots were fired and the accused was gunned down in an encounter, the cops said. "Gangster Vikas Dubey attempted to flee after the car overturned. He attempted to flee by snatching pistol of the injured policemen. Police tried to make him surrender, during which he fired at the policemen. He was injured in retaliatory firing by police. He was later rushed to the hospital", SP Kanpur West told news agency ANI.

After the encounter, he was taken to a nearby hospital where doctors declared him brought dead, the police said. Notably, before Vikas Dubey, three of his accomplices who were also absconding, were shot dead in different raids.

Dubey was identified by a security guard at the Mahakaleshwar shrine in Ujjain on Saturday. Police had placed Rs 5 lakh cash bounty on him. He was arrested after a high voltage drama that unfolded at the Mahakaleshwar temple in Ujjain, where he allegedly shouted "Main hoon Vikas Dubey, Kanpur Wala"(I am Vikas Dubey from Kanpur). Police were alerted and the murder accused was arrested. As the policemen escorted him towards the police vehicle, Dubey again shouted the same words, the video footage reveals.

Vikas Dubey was on the run from Friday last week after eight cops were murdered when they reached his house in Kanpur to arrest the gangster. Bullets was showered on the cops from building rooftops as they were about to reach the hideout of the gangster. JCBs were put in the way to obstruct the movement of police vehicles.

Vikas Dubey had trodden a long, bloody path from committing his first murder in 1992 to killing 8 police officers in the Kanpur ambush. The Kanpur gangster had as many as 60 criminal cases against him. Dubey resides in the Dikru village and reportedly also has his own private army.

He was the prime accused in the sensational murder of the principal of the Tara Chand Inter College, Sidheshwar Pandey in 2000. This murder was committed over a land dispute. Even before the heat of the matter could die down, Vikas committed another murder in 2001. He also allegedly murdered state minister Santosh Shukla inside the Shivli police station. The late BJP leader's family accused the police of being spectators. Dubey was acquitted of all charges due to lack of evidence by a sessions court.

Indoor airborne spread of coronavirus possible under certain conditions: WHO