Once the lockdown was imposed, Muller said he was stuck in Mumbai. He added that he was unable to find a dormitory and was suggested by the Mumbai Police to go to the airport instead 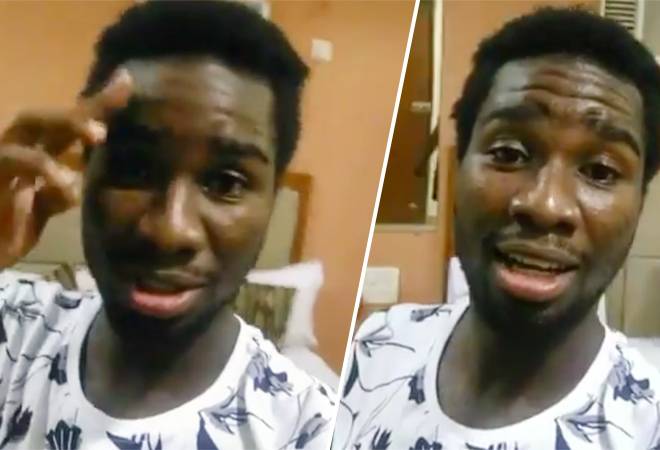 A Ghanian footballer who had come to India to play for a sports club in Kerala had to camp at the Mumbai airport for 72 days before he was taken to a hotel. Randy Juan Muller had run out of money and was given food by CISF jawans and passengers taking rescue flights from the airport. After the plight of the 23-year-old was brought to the attention of Maharashtra Chief Minister Uddhav Thackeray, he was taken to a hotel in Bandra.

Muller had arrived in India on a six-month visa to play for ORPC Sports Club in Kerala. He spent around Rs 1.5 lakh to come to India, he said to Mumbai Mirror. However, for every match he played, he only earned around Rs 2,000-3,000. He told the news site that once he learned about the lockdown, he decided to go back to Ghana. Muller said that his Kenya Airways flight to Ghana was scheduled for March 30 but he arrived in Mumbai a little ahead of time.

Once the lockdown was imposed, Muller said he was stuck in Mumbai. He added that he was unable to find a dormitory and was suggested by the Mumbai Police to go to the airport instead. Muller was living at the Mumbai airport from March 21 till Wednesday evening -- for two and a half months.

Ghanian Footballer stranded for 74 days due to lockdown at Mumbai International Airport... @rogee99 ,23 years wanted to thank @AUThackeray ji and @AbhaGoradia ji he was crying in happinesss when I met him at the airport , best feeling a youth could get and yes pic.twitter.com/F3gaYwfwts

The Ghanian said that he was running out of money since airport items are expensive. He added that the CISF jawans gave him money to buy food. Muller said he had a single routine for the entire duration -- wake up, take a shower at the airport washrooms, walk in the garden, look at the skies for departing rescue flights. The footballer said that he was given samosas and fried rice by the jawans and staffers. He added that many travellers who were taking rescue flights gave him money, food and even books. One such passenger gave him a book called 'Be Your Own Therapist' that helped him keep depression at bay, he said.

He added that some CISF officials were "not too happy" to see him living at the airport. Muller says that he does not blame them. He was also given a pillow and blanket. The footballer said that he was able to talk to his family and friends in Ghana. When his phone fell and broke during charging, the CISF jawans even gave him a spare phone.

However, the jawans eventually asked him to tweet for help since they and the airport staffers were unable to provide him with food anymore. He said once he tweeted, Yuva Sena functionary Rahul Kanal took Muller to a hotel at the behest of CM Thackeray. Kanal told the news site that they would now collect money for his ticket for when international flights resume.

Muller took to Twitter to thank CM Thackeray and Rahul Kanal for their help.

'Report to work once a week or face pay cut,' says Maharashtra govt to staff