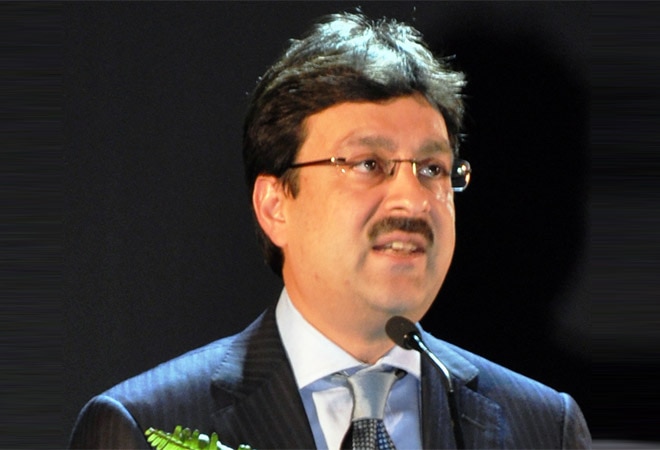 Harsh Vardhan Lodha, chairman of key operational companies of MP Birla Group, has been removed from the boards of the group's five investment companies by Ministry of Corporate Affairs (MCA). Following the Calcutta High Court order that restrained him from holding offices in the group companies, the MCA approved the cessation of directorship of Lodha in East India Investment, Gwalior Webbing, Baroda Agents and Trading Co, The Punjab Produce & Trading Co, and Punjab Produce Holdings.

Last month, Lodha was not allowed to participate in the board meetings of these five investment firms of the MP Birla group. The meetings were chaired by Mohit Shah, a member of the committee of Administrators Pendente Lite (APL), which was instated by the court to protect the late Priyamvada Devi Birla's estate.

The Division Bench of the Calcutta High Court, on November 1, had declined an ad interim stay on the Single Bench order, which restrained Lodha from holding office in MP Birla group entities. However, the lawyers of Lodha claimed that the Single Bench verdict was modified by the Division Bench, which allowed him to continue as chairman, except on the strength of the shares of Priyamvada Birla's Estate.

The MCA website, which lists directors of companies, no longer shows Lodha's name as board member of these investment companies. These companies hold stake in operating companies such as Birla Corporation, Vindya Telelinks, Universal Cables and Birla Cable. Despite the court ruling, Lodha on November 5 chaired the board Meeting of MP Birla Group's flagship company Birla Corp and thereafter other three cable companies on 9/10 November, sidestepping the decisions of the High Court and APL Committee, said spokesperson of the Birla family.

The extended Birla family said it will initiate contempt of court proceedings against Lodha, concerned companies and their directors. "Lodha has continuously misinterpreted court orders and flouted the APL Committee decisions to cling on to the boards of MP Birla Group companies wrongfully. We will move the court to restrain him from further action in contravention to the decisions of the Court as well as the APL Committee," said the spokesperson.

Khaitan & Co is the solicitors for the Birla family, while Fox & Mandal represents Harsh Vardhan Lodha. Birla Corp spokesperson  said, applications have been filed in the Calcutta High Court challenging the raft of illegal actions taken by Justice Mohit Shah as the chairman of five investment companies.

Lodha has been a director in these companies since 2004. Shah and AC Chakrabortti, as members of the APL Committee, formed the opinion that Lodha automatically ceased to be a director of these and other MP Birla Group entities by virtue of the verdict, he said in a statement.

"Justice Shah decided on his own that Lodha had ceased to be director of these companies and did not send notices to him for board meetings held since 1 October. These board meetings were conducted without properly appointing a chairman and without compliance with various provisions of law. Further, in gross violation of law, these companies were coerced by Shah into sending notices to the Ministry of Corporate Affairs removing Lodha as a director," he said.

Applications challenging the removal of Lodha from the investment companies are to be heard at the Calcutta High Court, starting 20 November.

Birla spokespersons claimed that the profitability of MP Birla Group companies has eroded steadily during Lodha's time and is in no way comparable to their peers.

The 16-year-old legal battle of Birlas and Lodhas for the control of assets and companies of late MP Birla has turned complex. The managements of MP Birla group companies fight to bring back Harsh Vardhan Lodha as chairman, challenging the recent order of the single bench of Calcutta High Court. However, APL committee, which was appointed by the court to protect and preserve the estate of late Priyamvada Devi Birla -  the wife of late MP Birla - opposes Lodha's appointment in any MP Birla group companies.

The APL Committee, which voted against Lodha, comprises three members - Justice Mohit Shah, AC Chakrabortti, a chartered accountant, and Mahendra Kumar Sharma, former vice-chairman of Hindustan Unilever and ex-chairman of ICICI Bank. Justice Mohit Shah was appointed by the Court, while Chakrabortti is a nominee of Birlas, and Sharma a nominee of Lodha.

Lodha claimed in his petition that the estate is a minority shareholder even after considering its indirect holding through investment companies in all four manufacturing firms within the larger promoter group.

Priyamvada Birla had allegedly bequeathed her estate to Kolkata-based chartered accountant RS Lodha (father of Harsh Vardhan) after her death in 2004. The drama began a few days after her death when Lodha went to the Birla family residential complex in Kolkata, to read the contents of the will, which was allegedly written in 1999. Birlas took the matter to court. MP Birla and Priyamvada had no children. So, Birlas expected charitable trusts to inherit the wealth.