The teaser shows a student named Rajat Vadiraj Dwarkanath, who bagged 3 prizes including the President of India gold medal "magically appearing" on stage 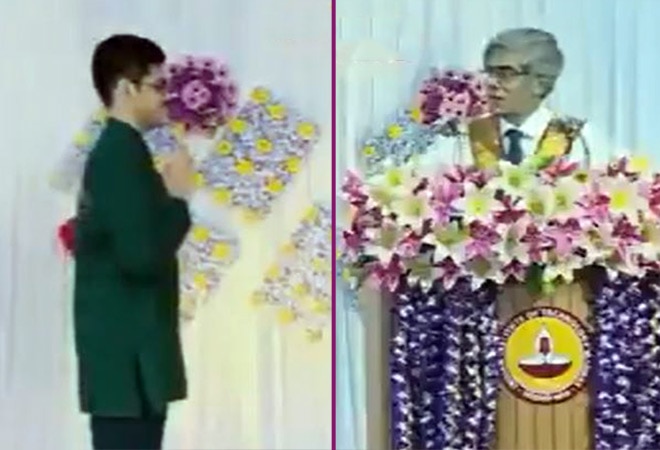 IIT-Madras held its first-ever convocation virtually earlier this week and a total 2,346 degrees were awarded. All those medals aside, what grabbed the users' attention was the use of mixed reality technology in the event.

IIT-Madras director, Bhaskar Ramamurthi says in the teaser video, "In every convocation since 1964, everyone looked forward eagerly to the award of the President of India gold medal. It would indeed be very disappointing if the awardee is not present here with us for the first time. "

Senior journalist Ramnath tweeted about this interesting usage of technology and said, "Loved this. IIT Madras convocation went virtual, and looks like they had fun doing this."

Loved this. IIT Madras convocation went virtual, and looks like they had fun doing this. pic.twitter.com/Oe0ePSGzzw

Paytm founder called this a 'Star Trek-level' technology, Sharma tweeted, "Level: Star Trek". Pawan Goenka, member of the IIT-Madras' Board of Directors said, "COVID-19 has accelerated the rate of tech adoption across streams of life. Changes which would have taken 5-6 years have happened in just about 3-4 months."

WHAT IS MIXED REALITY TECHNOLOGY?

Apple to launch Apple One; check out subscription plans, prices