There is no point blaming the government because this is how the virus has been presenting itself and the government, despite the challenges in the Indian healthcare infrastructure, has been taking some proactive measures 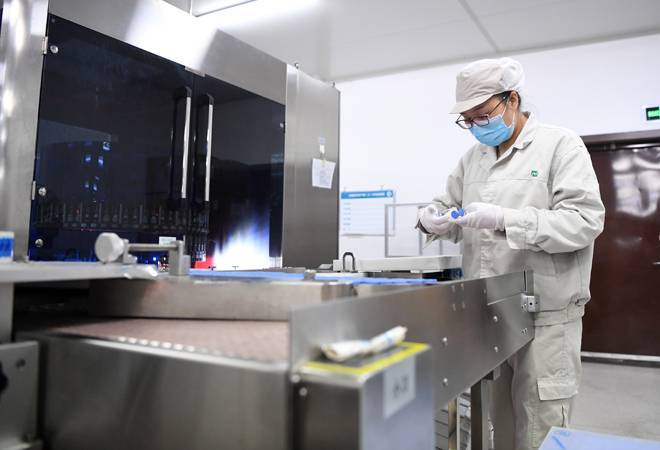 The official numbers on the tested cases of coronavirus reflect a worrying signal. Experts feel we are grossly under-tested. The numbers from the Indian Council of Medical Research (ICMR), the apex health research body in India, tell us that so far around 6,500 samples. Out of these, 78 cases were found positive as of March 13. In other words, we are testing roughly about four per million people.

The tests are being conducted at ICMR labs, the number of which has grown to 65 from 51  earlier. "We are seriously under-testing coronavirus. Given India's size, we should be testing at least 10 times the current numbers - about 20,000 per day at least," feels Professor Ramanan Laxminarayan, a senior researcher at the Princeton University. To see it in perspective, he compares it with around 30 per million in Vietnam, 100 per million in Thailand and around 4,000 per million or thereabouts in South Korea.  "Our testing rate is 2 to 3 per cent, that is, number of positive cases out of  total cases tested.

It means if we expand to 10,000 tests per day, we may end up with 200 to 300 positive cases per day." The idea, he says, is not to get into a panic mode but to confront the reality and be better prepared to handle a potential upsurge in cases. According to him, although the government is saying that there is no community transmission of COVID-19, there is no evidence to prove that at the moment.

Besides, there is no point blaming the government because this is how the virus has been presenting itself and the government, despite the challenges in the Indian healthcare infrastructure, has been taking some proactive measures from sending out the advisories, messaging on the health precautions to be followed, imposing restrictions on foreign travel, screening those entering the country to ensuring that social distancing is maintained. However, we are still bound by the narrow definition of who is to be tested; essentially it is for those with a travel history to the COVID-19 affected countries and this today would be a narrow definition. After all, people with any of coronavirus symptoms need to make sure they are not carrying the virus. For this to happen, the testing needs to be expanded and perhaps also opened up to the private sector.

The professor feels till we test more, we will not be able to track better or be in a position to keep people better informed about who is affected. With testing done more widely, people will be able to take better control of their health and those affected will be able to self-quarantine and take steps proactively to ensure they do not end up spreading it to their family and those around them.

It is not as if the country is backed by inadequate scientific skills. In fact, a media release put out by ICMR says that India is the fifth country globally to isolate the COVID-19 virus strain. The isolation by ICMR's National Institute of Virology will help in future development of drugs, vaccines and rapid diagnostic kits, the release says. The other countries that have isolated the virus are Japan, Thailand, United States of America and China.  According to an official at the ICMR, it is equipped to handle more volumes of samples if the need arises.

The official also confirmed to Business Today that at the moment enough testing kits are available - 100,000 testing kits in the country and another 200,000 being imported. This should be a good news given even the USA has been dealing with shortage of these kits. Experts, including some physicians, felt if there were 100,000 kits already available in the country, all need to be deployed so that we can test more. In fact, we learn that the government is to expand the testing to over 50-odd private testing laboratories in the country that are accredited to the National Accreditation Board for Laboratories (NABL). In fact, some of the labs that Business Today contacted said that inspections have been done and there is a good chance that some of the private labs will be allowed to conduct the tests.

However, if the private sector comes into the picture, questions will be raised on the cost of these tests. Today, it apparently costs around Rs 8,000 to Rs 10,000 per test and the government is bearing the cost and using some imported probes and primers. However, some ready-to-use kits are available in the market. Roche, the Swiss pharmaceutical giant, for instance, makes these kits, which the private players may use. The cost needs to be worked out as the government may have to subsidise the costs or cap the price. On the private sector involvement, the official at the ICMR clarified that no such move has been made officially though talks are being held with the private labs to ensure this could be done in case the need arises, that too in future. The experts, however, tell us that the future is now and we need to sharply ramp up testing.